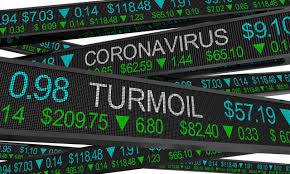 In today’s daf (Pesachim 11a-b) we are taught that אדם בהול על ממונו – ‘a person is in turmoil about their money/income’, and given this observation, the Sages – both in our daf and elsewhere – debate the extent to which halachic latitude should be given to people in financial straits.

As the Encyclopedia Talmudit explains, if we survey the Gemara and later halachic sources, we find that there are times when halacha not only acknowledges but also gives latitude to those who are at risk of losing their money and income by permitting certain actions that would ordinarily be forbidden by halacha, while there are other times – as clear from the position of the Sages in today’s daf – when halacha forbids certain actions because of the presumption that once a person thinks they have an opportunity to save their money or income, they will be unable to stop themselves from acting in a halachically forbidden manner.

Though various explanations have been proffered about when such latitude should be shown – with some suggesting that what distinguishes between these two stances relates to whether the money is already in the possession of the individual, or whether the event is sudden or expected – the key point is that though there are times when we can presume that the respect a person has for halacha is a sufficient inner force to restrain them from actions they may wish to take to protect their money, there are other times when a person can be so agitated that their desire to protect their money clouds their judgement and leads them to ignore certain halachic prohibitions.

Yet notwithstanding the fact that אדם בהול על ממונו (a person is in turmoil about their money/income) has halachic applications, it should be noted that the actual statement of אדם בהול על ממונו is not a halachic statement per se. Instead, it is an observation about the human condition, and what it comes to teach us is that when people are experiencing financial difficulties, they are often less-of-themselves and they can often lose sight of other values or priorities which, ordinarily, are important to them.

With this in mind, especially given the enormous financial impact that COVID has had and is having on so many people, I believe it is important to acknowledge that many people we know – and possibly we ourselves – are in the state of בהול, turmoil, or as Rav Hirsch so beautifully explains (in his commentary to Vayikra 26:16), a state of ‘dismay that arises from a feeling of helplessness… [and] from a loss of self-confidence’.

And how can we help people in such a situation? Rav Hirsch answers this by teaching us that ‘בהלה is the very opposite of קוממיות’ (literally, the ability to stand tall, which he defines as ‘a feeling of security, a feeling of mastery over all the material forces on which one’s welfare and aims depend’), and though many people continue to face uncertainty, and though it is very difficult to guarantee security to others or even ourselves, what we can do is help people, lift them up and assist them in any way we can, so that rather than being in a state of בהלה, we can help others and give them guidance to help themselves towards the destination of קוממיות.