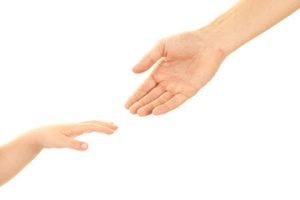 The Mishna (Pesachim 10:5) found in today’s daf (Pesachim 116b) contains the remarkable teaching – which was to then become incorporated into the Haggadah text and which has since inspired many people to dramatize their home seder experience – that: “In each and every generation a person is obligated to see themselves as if they have just come out of Egypt.”
Over the years I have read many interpretations of these words. However, the following explanation from Rabbi Shimon Schwab (1908-1995) speaks deeply to me. Here is the insight as recorded by Rabbi Paysach Krohn (in his ‘Along the Maggid’s Journey’ pp. 268-289):
‘In a lecture on the Haggadah and Pesach, Rabbi Shimon Schwab recounted a searing incident from his youth that, while painful to recall, was filled with his typical unusual insight.
When he was nine years old in Frankfurt, Germany, Rabbi Schwab contracting whooping cough, which causes shortness of breath, swelling of the facial veins, and violent coughing spells. At the time, the standard treatment was to have the patient inhale hot vapours from the spout of a kerosene-heated kettle.
As young Shimon bent over the pot, it tipped over, and the scalding hot water, along with some kerosene, poured over his left arm, burning him badly. He screamed from the pain and cried incessantly. After what seemed an eternity, a doctor arrived. He spread ointments and salves on the raw surface of the burned arm, and eventually the sharp pain subsided. However, his arm remained discoloured for a full year until the skin regenerated and returned to its natural colour.
More than half a century later, R’ Schwab recalled the incident to the group he was teaching and said, pointing to his left arm, “If I tell you today that this is the arm that was burned, I am telling the truth. Yet in actuality, not one cell that existed in my arm then is in my body today…Nevertheless, it is fair to say that this arm I am showing you now, even though it is three times the size it was then, is the same one that I burned as a youngster.”
Rabbi Schwab used this episode to illustrate a point in the Haggadah. “The… Haggadah, citing the Mishna in Pesachim 116b, instructs us that ‘In each and every generation, a person is obligated to see themselves as if they have just come out of Egypt’. How can I view myself that way? I wasn’t there, my father wasn’t there, and neither was my grandfather. Yet in a sense we were all there, because the generations that actually left Egypt reproduced and recreated themselves until our very day. And so, as we look at ourselves today, we – the offspring of that generation – can say that we indeed left Egypt.”
Go to Top