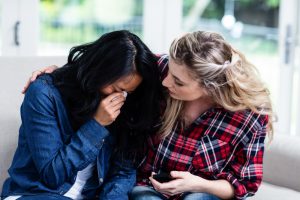 Among the excerpts from Tehillim which form the Hallel is chapter 116 which begins with the words אהבתי כי ישמע ה’ את קולי תחנוני – “I love the Lord who listens to my voice [and] my pleas”, and in today’s daf (Pesachim 118b) these words are explained by Rava to mean that the Jewish people are assured of their love from God when God listens to the voice of their pleas.
However, inspired by a stunning insight of Rav Soloveitchik (in his essay ‘Redemption, Prayer, Talmud Torah’), I would like to explain these words slightly differently – which is that heartfelt pleas are often not voiced until those in need are assured that someone loves and cares about them.
To give some background, we are told in Shemot Chapter 1 that in response to a change of Pharoh, Bnei Yisrael were enslaved (which, according to Rashi’s calculations, occurred in the Hebrew year 2332). However, as Rav Soloveitchik points out, notwithstanding the fact that the Bnei Yisrael were being abused and afflicted, there is no record in the text that the people cried out about their hardships.
Chapter 2 then begins by speaking of the birth of Moshe, of how ‘he observed their burdens’ (Shemot 2:11), and of how he protected a member of Bnei Yisrael who was being tortured by an Egyptian by killing the Egyptian. And soon after, the Torah then records that Bnei Yisrael ‘groaned from their labour and they cried, and their anguish went up to God’ (which, according to numerous commentaries, occurred in the Hebrew year 2447).
Given all this, Rav Soloveitchik asks a deep question: ‘Why hadn’t they cried before Moses acted? Why were they silent during the many years of slavery that preceded Moses’ appearance?’ (which, according to the above calculations, was a period that lasted 115 years!).
His answer is profound – which is that ‘Moses, by defending the helpless Jew, restored sensitivity to the dull slaves. Suddenly they realized that all that pain, anguish, humiliation and cruelty, all the greed and intolerance of man vis-à-vis his fellow man is evil. This realization brought in its wake not only sharp pain but a sense of suffering as well. With suffering came loud protest, the cry, the unuttered question, the wordless demand for justice and retribution. In short, the dead silence of non-existence was gone; the voice of human existence was now heard.’
Applying this to the words of Tehillim 116, it becomes clear that our ancestors were unable to voice את קולי תחנוני – their pain and their pleas, until they were assured of אהבתי כי ישמע – that some one, and some Being, cared about them, loved them, and wanted to listen to them.
Ultimately, redemption can come in many forms, but what we learn from here is that the redemption of one often begins with the listening of another. That listening is love. That by choosing to listen, we communicate and demonstrate that we love. And that when we truly listen to the anguish of another, we are likely to be moved by their words and their cries to – at the very least – begin taking active steps towards alleviating their anguish.
Go to Top