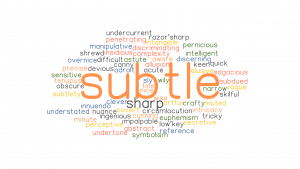 Shavua Tov! Towards the end of today’s daf (Pesachim 119b) the Gemara quotes and discusses the Mishna (Pesachim 10:8) which states that אין מפטירין אחר הפסח אפיקומן – ‘we may not conclude [the seder meal] with an afikomen (i.e. a dessert) after eating the Korban Pesach’.
As the Gemara proceeds to explain, these words of the Mishna seem to imply that this restriction only applies to eating a dessert after the eating of the Korban Pesach, whereas today we do not consume a Korban Pesach and instead, we eat a piece of matzah as a representation of the Korban Pesach (which we popularly call the ‘afikomen’ – i.e. the dessert matzah). Given this, the question addressed by the Gemara is whether this rule applies today to eating an afikomen (dessert) after the eating of the afikomen (dessert) matzah, or whether it only applies to eating an afikomen (dessert) after the eating of the Korban Pesach?
According to Shmuel as quoted by Rabbi Yehuda it does apply, and thus אין מפטירין אחר מצה אפיקומן – ‘we may not conclude [the seder meal] with an afikomen (i.e. a dessert) after eating the [final piece of] matzah’. However, as the Gemara then points out, if this is the rule then why did the Mishna not state it explicitly?
The Gemara answers this challenge by explaining that this should be obvious from the Mishna because the taste of the Korban Pesach was strong, whereas the taste of matzah is more subtle. Consequently, the Mishna teaches us concerning the Korban Pesach – as if to say that even if you’ve just eaten the Korban Pesach then you may not follow this with a dessert, and this is most certainly the case if you’ve just eaten Matzah.
Interestingly, when the חכם (wise son) of the Haggadah asks: ‘what are the testimonies, statutes and laws that God our Lord has commanded you’ (Devarim 6:20), the answer given to him are these words from the Mishna that אין מפטירין אחר הפסח אפיקומן, and having reflected on the explanation of these words as found in today’s daf, I believe we can gain a profound insight as to why this, specifically, is part of the response given to the חכם.
Fundamentally, what the Gemara is teaching us is that if we had to be careful to ensure that the final (Korban Pesach) taste not be overridden by the taste of a dessert, then today, where the final (matzah) taste of the seder is less pronounced, we should certainly be careful to retain that taste and not override it with the taste of a dessert. And why is this said to the wise son? Because wisdom is all about making sure that we don’t let things that are important become overshadowed by things that are less important, and because wisdom is about recognizing the subtleties of life, and not just what is clearly obvious.
Applying this explanation to our Seder, I believe that when we eat the ‘afikomen’ (i.e. the dessert matzah) on Seder night and we don’t follow this with a further dessert, what we are communicating by this self-restraint is that while some Torah values are obvious, many are subtle, and for them to retain a prominent place in our consciousness, we should be wary that they not be overshadowed or overridden by other tastes or values that may be part of the world in which we life. And by showing such restraint, we not only keep a Hilchot Pesach rule, but also express and affirm an deep concept of Torah wisdom and Torah living.
×
×