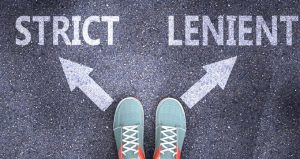 Today’s daf (Pesachim 15b) quotes a Beraita which informs us of a fascinating qualification which has a significant impact on determining what products are or are not considered chametz and, therefore, may or may not be used on Pesach.
Specifically, the Beraita teaches us that bread which has become mouldy and unfit for human consumption, but which can still be consumed by a dog, is able to convey ‘tumah’. On this basis, halacha rules that it is permissible to possess chametz over Pesach which, as Tosfot (Pesachim 21b) states, has become נפסל מלאכול לכלב (spoiled to the point that one would not give it to a dog), or as the Shulchan Aruch (OC 442:2,9) states, has become נפסל מאכילת הכלב (spoiled to the point that a dog would not consume it) because this is no longer considered to be within the category of edible food.
Significantly, while I have explained this concept of נפסל מלאכול לכלב or נפסל מאכילת הכלב as ‘enabling’ a person to continue to possess certain products over Pesach (as per various Rishonim and the Shulchan Aruch which states about such food that אינו חייב לבער (it need not be burnt – OC 442:2) and מותר לקיימו בפסח (it may be possessed over Pesach – OC 442:9), it should be noted that food which is unfit for human consumption is generally not considered food, and that it is only due to the stricture of Pesach that this category is extended to include all food that a dog would feed to a dog, or that a dog would consume.
What this means is that while the halacha-in-theory uses the condition of נפסל מלאכול לכלב or נפסל מאכילת הכלב to forbid, the halacha-in-practice uses this condition to permit. To my mind, this is a classic example of how theoretical stricture in Jewish law is often accompanied by practical leniency, and how more severe definitions in halacha are often used as an axis to permit, rather than to forbid. True, the severity of chametz means that halacha adopts a stricter position. But equally true, the spirit of halacha means that halachic decisors generally use this condition to rule permissively.
Sadly, far too often, when we think of strictures, we think of them in terms of halacha-in-theory and what may not be done, and not in terms of halacha-in-practice and how such strictures are often harnessed to determine what can be done. Ultimately, it is precisely because we are strict on Pesach – and similarly strict in a few other select areas of halacha – which is why decisors do all they can in those realms to be permissive.
×
×