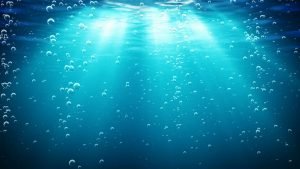 The topic of much of today’s daf (Pesachim 16a) concerns the extent to which liquids are susceptible to טומאה which, though often translated as ‘spiritual impurity’, is better described as an association with death of any sort including the unrealized potential for life.
Yet while the liquids that are discussed in the Gemara are those that have been removed from the ground, the Gemara quotes Vayikra 11:46 to teach us that ‘a spring or a cistern, a gathering of water (מקוה מים) shall remain spiritually pure (טהור)’, from which we learn – as Ramban explains in his Torah commentary (to Vayikra 11:46) – that ‘a gathering of water (מקוה מים) which is connected to the ground is not susceptible to טומאה’.
But why are liquids removed from the ground susceptible to טומאה? Why us ‘grounded’ water such as a mikveh, a river or a sea not susceptible to טומאה? And why are these ‘grounded’ bodies of water capable of transforming someone who is in a state of טומאה to a state of טהרה?
To answer this question, we must go back in time where we read – prior to the account of Adam & Chava eating from the tree which led to the introduction of death into the world – that within גן עדן (the Garden of Eden) was a river which then split into various tributaries feeding the waters of the world (see Bereshit 2:10-14). As Rabbi Aryeh Kaplan explains in his masterful book ‘Waters of Eden’, ‘all the water in the world ultimately has its root in the river that emerged from Eden… [and] even though a person cannot re-enter the Garden of Eden itself, whenever they associate themselves with these rivers – or with any other water – they are re-establishing their link with Eden… [This is] why the Mikvah must be linked to natural water… and [why] it must not pass through anything that is capable of being defiled, since this would also break its direct link with the River from Eden.’
What this teaches us is that whenever someone enters a ‘gathering of water’ like a mikveh, a river or a sea, they are connecting with and entering into a different time and space in order to renew their lives and in order to bring more physical or spiritual life and energy to the world, and just as the Torah denotes God’s forming of water on the third day of creation as ‘a gathering of water (מקוה מים)’ (Bereishit 1:10), anytime someone enters a ‘a gathering of water (מקוה מים)’ (Vayikra 11:46), they tap into the potential of creating further physical and spiritual life.
×
×