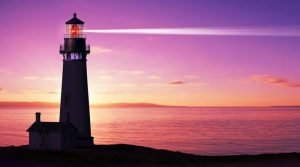 The biblical word that sits at the centre of much of the discussion in today’s daf (Pesachim 18a-b) is יטמא, with the debate being whether this word – which is used in Vayikra 11:33 and 11:34 with reference to foods and liquids that have been in contact with a source of טומאה and is generally read as ‘yitma’ (meaning ‘shall become טמא’) – should be interpreted as if it were to read ‘yitameh’ (meaning ‘shall cause other products to become טמא’). According to Rabbi Akiva, this interpretation is the case with respect to foods, and according to Rabbi Yossi, it is also the case with respect to liquids, while other sages disagree and, instead, challenge the ability for such foods and liquids to transfer טומאה.
Though this debate is clearly rooted in the laws of טומאה and טהרה, underpinning this debate is the question of agency about the spread of the seemingly less desired, and a simple search informs us that while this word יטמא appears on 39 occasions in the Tanach, its antonym יטהר (which, along the same reasoning may be interpreted to mean ‘shall become’ or ‘shall cause others to become’ טהור) appears on just 5 occasions, which goes to show that the seemingly less desired is often more capable of spreading than the desired.
Interestingly, this is the subject of a 2001 study written by R. Baumeister, E. Bratslavsky, C. Finkenauer, K. Vohs titled ‘Bad is Stronger than Good’ (which, significantly, Rabbi Sacks zt’l twice references, to make the point that ‘bad events have four or five times as much impact as good ones, so it’s important to equal the score by celebrating the good’). However, it is towards the end of this study where a profound question is raised, namely that if bad events are much more impactful than good ones, how is it possible to live a happy life? To this, the authors respond that ‘individuals can make an effort to recognize and appreciate the goods that they have—celebrating each small success, being thankful for health, and having gratitude for supportive others’ such that ‘as long as the individual perceives that pattern of consistent goodness, life may seem strongly good overall even if nothing strongly good ever happens.’
I mention this because I believe it is noteworthy that the two proponents of the ‘spreading’ theory drawn from the word יטהר are Rabbi Akiva and his student Rabbi Yossi and that it was Rabbi Akiva who taught how ‘everything God does is for the good’ (Brachot 60b). Simply put, the leading voice throughout our tradition for ‘making an effort’ to see the good and for perceiving ‘a pattern of consistent goodness’ was Rabbi Akiva.
Having explained this, while the Sages may have been reluctant to accept the theory proposed by Rabbis Akiva and Yossi that foods and liquids can transfer טומאה, these Sages did not view their position as being problematic, because – ultimately – if we have the possibility of spreading spiritually, then surely this can be harnessed for the good as well.
Today, we sadly do not have a Beit HaMikdash, which means that discussions on topics concerning טומאה and טהרה are hard for some to comprehend. However, we do have reminders of the Beit HaMikdash as expressed in the Chanukiah which we will, B’Ezrat Hashem, start lighting tomorrow night. And it is through the light of the Chanukiah, through our words, and through our actions, that we have the power to spread more light, more kindness and further good to the world.
×
×