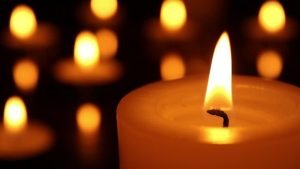 The first Mishna in Massechet Pesachim (1:1, 2a) teaches us that we perform the mitzvah of bedikat chametz (checking for chametz) with a light on the night (אור) of the fourteenth of Nissan, afterwhich our Sages then provide us a range of interpretations to the word אור while drawing numerous contrasts between day and night.

Among these interpretations, we are taught in Pesachim 2b that that עולם הזה (this world) is comparable to nighttime, while עולם הבא (the next world) is comparable to daytime. Still, on the basis of Tehillim 139:11 the Gemara explains that there can be moments of illumination even in this world of spiritual confusion and darkness. But where can such illumination come from?

Basing himself on Mishlei 6:23 which describes mitzvot as candles and Torah as a light, the Apter Rav (Rav Avraham Yehoshua Heschel, 1748-1825) explains in his commentary to Parshat Vayetze that the mitzvot that we perform can bring illumination and warmth to the world. Moreover, he points out the significance of the mitzvah of bedikat chametz falling on the fourteenth of Nissan because Nissan represents nation renewal – as if each of us are spiritually reborn at the start of the month of Nissan with the first 12/13 days of the month representing our days of youth prior to our coming of age (bat/bar mitzvah).

Thus, the message of using a light to check for chametz on the 14th of Nissan is understood by the Apter Rav to represent the task that each of us have to take the responsibility that we accept as Jewish adults to use the Torah we learn, and use the mitzvot that we perform, to bring illumination of the world while doing what we can to rid the world of unwanted elements (as represented by chametz).

In this spirit, while speaking at the 2011 Chabad Kinnus, Rabbi Sacks zt’l shared the following exquisite Chanukah themed insight about our mission and our duty to use the Torah we learn and use the mitzvot that we perform to bring illumination of the world:

‘There is a famous machloket (disagreement) in Gemara Shabbat 22a on the following question: Can you take a Chanukah candle and use it to light another Chanukah candle? Yes or no? On this there is a disagreement between Rav and Shmuel. Rav says no, Shmuel says yes. Rav says no because ‘you diminish the Mitzvah’, [meaning that] if I take a light to light another light, then I’m going to spill a little of the oil, or a little of the wax and the result is that I will diminish the first light. And Shmuel doesn’t worry about this… [But] what is at stake? What were they arguing about?…[To answer, let me explain how different people relate to the Torah and mitzvot they perform]…Take two Jews, both religious, both frum…both keeping the mitzvot…But there’s a big difference between them; one of them says I have to look after my light, and if I get involved with Jews who are not frum, not religious, who are not committed my Yiddishkeit (Judaism) will be diminished. That is the view of Rav, and Rav was a spiritual giant. But Shmuel dared to say otherwise. He said when I take my light to set another Jewish soul on fire, I don’t have less light, I have more! Because while there was once one light, now there is two, and maybe from those two will come more! And on this the Halacha is like Shmuel… [which means that we must] know that when we go out to Jews who are less committed than we are, our light is not diminished; the result is we create more light in the world…If you light with your candle and kindle the flame in the heart of another Jew, your light will not be diminished, you will be lifted; your light will be double.’

Ultimately, though the mitzvah of bedikat chametz falls on the night of the fourteenth of Nissan, and while the mitzvah of lighting Chanukah begins from the 25th of Kislev for eight nights, the duty for us to hold the torch of Judaism and bring illumination to the world begins once we are adults and lasts for the rest of our life. With this in mind, lets all try and make time today – and every day – to share some Torah and to perform mitzvot that can bring some more warmth and light to this challenged and confused world.