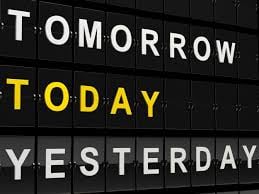 Today’s daf (Pesachim 20b) returns to the question – previously examined earlier on (see Pesachim 14a) – regarding the disposal of chametz of terumah, and specifically whether chametz of terumah which is certainly טמא may be burnt along with chametz of terumah that is possibly, but not certainly, טמא.
According to Rabbi Shimon based on the interpretation of Rabbi Yehoshua, this may be done. However, according to Rabbi Yossi who also bases his interpretation on Rabbi Yehoshua, this may not be done, with one of the reasons given for his view being that שמא יבא אליהו ויטהרם – ‘perhaps Eliyahu will come and render the chametz of terumah [which is possibly טמא to be certainly] טהור’ and were we to have burnt this with chametz of terumah which is certainly טמא, we will have then contravened the law of protecting the spiritual integrity of terumah (see Bemidbar 18:8).
However, while there is something truly exquisite about fearing making a halachic mistake given the possibility of שמא יבא אליהו ויטהרם, is this really a satisfactory reason to avoid performing an action which, certainly in terms of basic halacha, could easily be justified (eg. with a ספק ספיקא)?
Of course, if this was the sole reason why Rabbi Yossi adopted this position, this may be a valid challenge, but as mentioned this is only one of the reasons given for his view. Moreover, it should be noted that burning certain and doubtful terumah separately is not a significant effort and thus taking a stricter view in a case of doubt is a worthy endeavour (nb. significantly, the halacha follows Rav Yossi – see Rambam Chametz U’Matzah 3:4).
However, by invoking the reason of שמא יבא אליהו ויטהרם as a further justification to follow the ruling of Rav Yossi, we learn a powerful lesson that while we can often justify making certain decisions in the moment based on the knowledge of the present – and, I should add, while this is often the right thing to do – there are also times when we should veer towards a different decision given the possibility that we may know something tomorrow that we don’t know today.
The Jewish people have always lived in the moment but with a constant awareness and appreciation of the past, as well as a hope and vision for the future. But while some decisions must be made in the here-and-now for the here-and-now, some – such as the ruling found in today’s daf – are made in the moment but based on the future, and this is because we are a people who, even in the most intricate of Talmudic discussions about the laws of טומאה and טהרה, never lose hope in the possibility that שמא יבא אליהו ויטהרם.
×
×