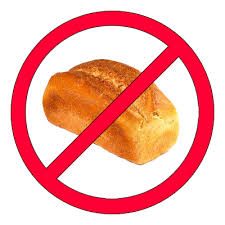 Shavua Tov & Chanukah Sameach! In today’s daf (Pesachim 21b) two different Amoraim offer a biblical prooftext for the prohibition of deriving benefit from chametz on Pesach.

Chizkiyah teaches that this is learnt from the words וְלֹא יֵאָכֵל חָמֵץ – “chametz shall not be eaten” (Shemot 13:3) which he interprets to mean לא יהא בו היתר אכילה – ‘there shall be no permitted consumption of it [at all, which includes deriving benefit, since benefit could be exchanged for money, which could be used to buy food]’. As the Gemara proceeds to explain, had the Torah simply wished to prohibit eating, the words לֹא יֵאָכֵל would have sufficed, but by adding the word חָמֵץ, we learn that both eating and benefitting from chametz is prohibited.

Significantly, in almost all cases when such a disagreement of this kind occurs, halachic authorities only cite one interpretation, and in general, it is the interpretation which they believe offers a more compelling exegesis. However, as Rav Nahum Rabinovitch points out in his magnificent ‘Yad Peshuta’ commentary (on Rambam’s Hilchot Chametz U’Matzah 1:2), the Rambam curiously quotes both of these interpretations (see Hilchot Chametz U’Matzah 1:2 where he authoritatively quotes the interpretation of Chizkiya, and see Hilchot Ma’achalot Assurot 8:15 where he authoritatively quotes the interpretation of Rav Avahu). By doing so, this suggests that while a basic reading of the Gemara implies that Chizkiya and Rabbi Avahu disagree with one another, ‘it would appear that [by citing both these interpretations], our Master [the Rambam] sought to teach us something very significant in terms of our understanding of this sugya’.

Rav Rabinovitch begins by noting that the phrase לֹא יֵאָכֵל can be explained in two different ways. Firstly, it could be explained as a command to mean ‘do not eat’. However, he then adds that לֹא יֵאָכֵל may also be interpreted in the spirit of Yirmiyahu 24:8 to refer to food that – for one reason or another – is ‘inedible’. In such a case, לֹא יֵאָכֵל is not a command or a prohibition. Instead, it is a statement of fact.

Rav Rabinovitch then adds that Chametz is unique to all other prohibited foods in the Torah because the simple halachic act of ‘bittul’ means that it ceases to be considered a foodstuff and it is not considered chametz.

On this basis, Rav Rabinovitch explains that Chizkiya understands the words לֹא יֵאָכֵל to simply state the commandment and the prohibition of eating chametz, which is why Chizkiyah relies on the extra word חָמֵץ to deduce that it is forbidden to derive benefit from chametz. Contrasting this, Rav Avahu asserts that the words לֹא יֵאָכֵל is not a command or a prohibition. Instead, it is a statement of fact about chametz – meaning that while it is edible it is also forbidden to derive benefit from it, but once it becomes inedible through ‘bitul’, it may still be possessed.