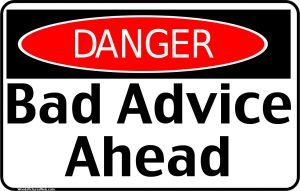 Today’s daf (Pesachim 22b) makes reference to one of the most fascinating mitzvot in the Torah which has, unfortunately, been emphasized too greatly in some areas of Jewish living, and insufficiently in others.

‘Rabbi Natan says: How do we know that it is prohibited to stretch out your hand holding a cup of wine to a Nazir [to encourage them to drink it], or [to tempt] a non-Jew [to eat from] a limb taken from a living animal? Because we have been taught in the Torah, וְלִפְנֵי עִוֵּר לֹא תִתֵּן מִכְשֹׁל “And before a blind person, do not place a stumbling block” (Vayikra 19:14)’.

Before proceeding, it should be noted that the Torah firmly forbids any act that does harm – directly or otherwise – to anyone who is blind or who suffers from other disabilities (see for example Devarim 27:18). It is precisely given this that לִפְנֵי עִוֵּר (Vayikra 19:14) was understood by our Sages to prohibit a different type of harm done to someone who is metaphorically ‘blind’. As Rashi (on Vayikra 19:14), quoting the Torat Kohanim, explains: ‘before a person who is ‘blind’ regarding a matter, you shall not give advice that is improper for them. [For instance,] do not say to someone, “Sell your field and buy a donkey [with the proceeds]”, while [in truth,] you plan to cheat him since you yourself will take it from him.’

For example, a situation which is often cited as a classic case of לִפְנֵי עִוֵּר concerns the propriety of inviting non-Shabbat-observant friends and relatives for a Shabbat meal while knowing that they will travel by car to do so. Significantly, in this case all would agree that such an act would only be considered a contravention of מסייע לידי עוברי עבירה. Moreover, though his interpretation has been challenged by various halachic thinkers (see for example J.D.Bleich, ‘Contemporary Halakhic Problems’ Vol. 4 p. 98), Rabbi Moshe Sternbuch (Teshuvot VeHanhagot 1: 358) boldly asserts that such an invitation could not be considered within the remit of לִפְנֵי עִוֵּר since the intention of the invitation is to ‘advance the spiritual well-being’ of the invitee and therefore cannot be categorized as a ‘stumbling-block’.

Contrasting this, if – either in business, in medicine, in finance, as a therapist or as a friend (in person, or even in whatsapp and facebook groups) – we give bad advice (as determined by the fact that we have not invested sufficient time or energy to research or consider all possibilities before doing so) to someone who is relying on our opinion, we contravene the biblical prohibition of לִפְנֵי עִוֵּר.

Yet what is strange is that while there is considerable awareness about avoiding certain actions which are, in the worst case, a contravention of מסייע לידי עוברי עבירה (and in many cases, not even that!), we spend far too little time considering the fact that when we give bad advice and fail to carefully consider what we advise others, we contravene לִפְנֵי עִוֵּר. Sadly, we have created a ‘blind spot’ of לִפְנֵי עִוֵּר in precisely the areas where it matters the most.

Especially over the past 10 months, many people – both in person and online – have shared opinion as fact about COVID and have thereby undoubtedly led others to stumble, and while there are many lessons we should learn from this past year, one crucial lesson which certainly deserves revisiting is to understand the significance of לִפְנֵי עִוֵּר – both in terms of what is actually permitted from this verse, as well as in terms of what it forbids us to do.