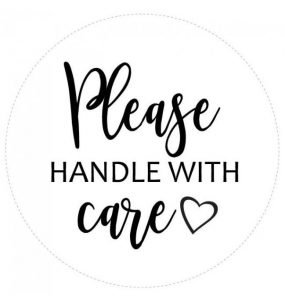 Among the different topics addressed in today’s daf (Pesachim 27b) is whether consecrated items which have been burnt nevertheless maintain their sanctity, and as part of the Gemara’s examination of this topic, it makes reference to the ‘Terumat HaDeshen’ – the ash residue that remained on the altar as a remnant from the sacrifices that were burnt there the previous day.

In light of this, Rabbi Baruch Halevi Epstein states in his Torah Temimah commentary (on Vayikra 6:3) that the word שִׂימָהּ denotes doing something in a considered and dignified manner, and through making reference to Devarim 31:19 – which uses the phrase שִׂימָהּ בְּפִיהֶם (literally ‘place it in their mouths’) to describe how Torah should be taught – he makes it clear that Torah teaching should also be performed in a considered and dignified manner.

In this spirit, and bringing together the exegesis found in our Gemara and the observation of Rabbi Epstein, I would like to add that when Torah is taught, it should be done בְּנַחַת – gently, and not harshly (as emphasized by Kohelet 9:17, דִּבְרֵי חֲכָמִים בְּנַחַת נִשְׁמָעִים); it should be done  כּוּלּוֹ- comprehensively, as opposed to the teacher merely sharing small snapshots of what they subjectively think is important (as emphasized by Tehillim 19:8, תּוֹרַת ה’ תְּמִימָה מְשִׁיבַת נָפֶשׁ); and it should be done שֶׁלֹּא יְפַזֵּר – in a directed manner, meaning that Torah should be taught in a manner that personally speaks to the learners (as emphasized by Mishlei 22:6, חֲנֹךְ לַנַּעַר עַל פִּי דַרְכּוֹ).

And how do we know that this is the way Torah should be taught and this is how we should help people connect with God? Because, as God states at the conclusion of the words of the Birkat Kohanim with which I bless my children every Friday night, וְשָׂמוּ אֶת שְׁמִי עַל בְּנֵי יִשְׂרָאֵל וַאֲנִי אֲבָרֲכֵם – ‘and [the Kohanim] shall place My Name on Bnei Yisrael, and I will bless them’ (Bemidbar 6:27) which, on the basis of the interpretation of Vayikra 6:3 as found in today’s daf, may be interpreted to mean, ‘if you place My Name on Bnei Yisrael in a manner that is gentle and not harsh; in a manner that is comprehensive, not partial; and in a manner that is directed and personal, then those people whom you are speaking with will more palpably sense the blessings that I have given them’.