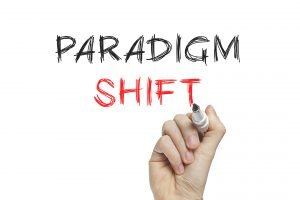 Today’s daf (Pesachim 29b) presents a variety of opinions about the status of non-chametz food into which biblically prohibited chametz has been mixed on Pesach, as well as the status of non-chametz food into which rabbinically prohibited חמץ שעבר עליו הפסח (chametz which continued to be in the possession of a Jew during Pesach) has been mixed after Pesach.
As we are told in Pesachim 30a, the halacha (see Rambam Hilchot Chametz U’Matzah 1:5; Shulchan Aruch Orach Chaim 447:1) for the former follows the opinion of Rava whereby even a small amount of chametz (משהו) mixed into non-chametz food on Pesach – whether this food is of a similar taste or form to the chametz food (מין במינו), or whether it is not (מין בשאינו מינו), the mixture is forbidden. What this means is that in contrast to most other laws of prohibited mixtures (תערובות) where taste is a factor, if chametz is mixed into non-chametz food on Pesach we don’t take taste into consideration. According to the Rambam (see Hilchot Ma’achalot Assurot 15:9), this stricter position is adopted because chametz is a דבר שיש לו מתירין – meaning that it is something which, though forbidden on Pesach, is permitted after Pesach. Alternatively, the Rosh (Avodah Zara 2:30) rules that since chametz is something that we regularly eat we aren’t so careful with it (לא בדילי אינשי מיניה), and consequently this stricter-than-usual position is adopted for Pesach.
Contrasting this, according to the Rambam (Hilchot Chametz U’Matzah 1:5) the halacha for the latter case follows Rabbi Shimon who rules that while חמץ שעבר עליו הפסח alone is forbidden after Pesach, once it is mixed with non-chametz food then the mixture – whether it be with food of a similar taste or substance (מין במינו), or with food of a different taste or form (מין בשאינו מינו), is permitted. The Tur (Orach Chaim 447) and Shulchan Aruch (ibid. 447:11) appear to take a stricter position and require that the taste of the חמץ שעבר עליו הפסח not be tangible in the mixture (i.e. that the quantity of the non-chametz food be 60 times the quantity of the חמץ שעבר עליו הפסח). However, as the Mishna Berura (OC 447 note 105) points out, many halachic authorities do not rule this way, and the more lenient position may be adopted in a situation of significant financial loss (הפסד מרובה) or in a pressing situation (שעת הדחק).
Overall, what we learn from here is that though various halachot exist about the status of mixtures (תערובות) in which a forbidden foodstuff has been added, in almost every case the halacha concerning chametz differs. Simply put, chametz is a unique prohibition, and this is why our Sages (Pesachim 6a) teach us to spend 30 days prior to Pesach learning the laws of Pesach – because to truly understand these laws, it requires a paradigm shift in how we relate to food, to mixtures and to prohibition.
×
×