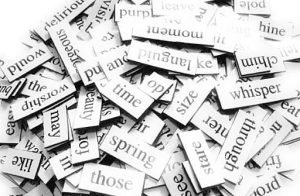 Much of today’s daf (Pesachim 3a-b) is dedicated to the topic of using refined language, and by citing Bereishit 7:8 as an example, Rabbi Yehoshua Ben Levi demonstrates how the Torah goes out of its way (i.e. it uses more letters and words) to use refined language by referring to certain animals as איננה טהורה (not pure), in place of simply using the word טמאה (impure).

However, as noted later on in the daf, the Torah actually repeatedly uses the word טמאה (impure), which suggests that while Bereishit 7:8 may have been used to teach this principle, overall the Torah only uses more refined language if it can do so without needing to employ more lengthy expressions (including using words containing more letters) to achieve that goal, and that a cost-gain benefit must be considered between using refined language and using concise language.

But as numerous commentaries point out, while Rabbi Yochanan [ben Zakkai?] did use more refined language, it was less concise than his counterpart. Given this, why was this student singled out for praise? Moreover, what is the relationship between the language used by this student, and the praise they were then given that they would become someone who renders halachic decisions for the Jewish people?

The first of these questions was posed to Rabbi Shimon ben Zemah Duran (1361-1444) who, in his reply (which can be found in his responsa Vol. 3 No. 78) quotes an answer that his father had originally heard from הרבנית אשת הרב ר’ יוסף (the Rabbanit, the wife of Rabbi Yosef, namely Rabbanit Dinah Treves – who was born in Italy in 1304 and whose only child Rabbi Matityahu was later appointed by King Charles V to become Chief Rabbi of Paris and other Jewish communities across France) that while a teacher should use concise language with their students to avoid causing them confusion, a student should always use the most refined language towards their teacher – even if it is not the most concise – because a teacher won’t become confused by more refined language even if it is less concise.

Reflecting on this answer, Rabbi Yosef Chaim (1832-1909), otherwise known as the Ben Ish Chai, writes in his Ben Yehoyada commentary (to Pesachim 3b) that the reason why this student was deserving of praise was because by using more lengthy yet more refined language towards their teacher, the student demonstrated profound respect to their teacher, and one who does so is likely to devotedly learn from their teachers to such an extent that they will become someone who can render halachic decisions for the Jewish people.

However, the Ben Ish Chai then offers a further explanation why the use of such language would justify receiving this type of praise, and this is because while conciseness is essential for teachers communicating ideas in a classroom, there are times when excessively concise language can be ambiguous, and when dealing with practical halachic decisions, this can actually be the cause of misunderstanding and confusion. Given this, a halachic decisor should choose preciseness over conciseness, and this is why the student was praised in this manner.

Interestingly, the word ‘posek’ literally means ‘cut’, and as Rabbi Julian Sinclair explains, the function of a posek is to ‘cut through the complex skein of argument stretching through the Talmud and commentaries in order to give a clear, definitive answer’. Simply put, while a posek should be concise, they must be clear, definitive, and precise.