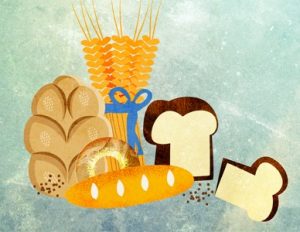 Undoubtedly, the most referenced Torah law in all of Massechet Pesachim is the prohibition of eating Chametz on Pesach. However, precisely because the Gemara loves to draw comparisons, Massechet Pesachim regularly references other foods that the Torah forbids us to eat either on Pesach or on other occasions such as the Terumah – the food given to the Kohanim that a non-Kohen is prohibited to eat.
We are taught in Vayikra 22:14 that if a non-Kohen were to inadvertently eat Terumah, they are required to repay the Kohen the value of the Terumah plus an extra fifth. Given this, the question addressed in the previous Mishna (Pesachim 2:4), as analysed in today’s daf (Pesachim 32), is what should be done if someone commits the double transgression of eating Terumah that is Chametz on Pesach and whether this rule of repaying plus a fifth would apply in such a case?
According to the Mishna, this rule should still apply. However, the problem that some have with this conclusion is that Chametz is generally understood to be deemed valueless on Pesach. Given this, how could the Rabbis require that someone pay the value of something they ate which is deemed to be valueless?
One answer, as implied by Rashi (in his commentary on the Mishna), is that this payment is not measured according to the value of the food, but is – instead – a payment expressing regret and atonement.
However, the Rambam disagreed, and in Hilchot Terumot 10:6 he rules according to the opinion of Rabbi Akiva as found in today’s daf that, ‘when a person eats Terumah that is chametz on Pesach, whether willfully or unknowingly, whether it is ritually impure or pure, they are exempt from financial liability… since it is forbidden to benefit from it, it is of no value whatsoever.’
As one might expect, the fact that the Rambam rules in direct conflict with the Mishna ruffled many feathers, with the Ra’avad being the first to put Rambam to task. But as we learn in today’s daf, the previous Mishna reflects the view of Rabbi Yossi HaGalili who believes that Chametz does not cease to maintain value on Pesach, while Rabbi Akiva – who is of the opinion that Chametz is deemed valueless on Pesach – disagrees with this view. Thus to disagree with a Mishna reflecting a particular opinion is seemingly different from disagreeing with a Mishna reflecting the consensus opinion.
Bringing all this together, what we learn from today’s daf is that coupled with the prohibition of Chametz on Pesach is a deeper question of whether Chametz retains its value and worth on Pesach, with a major ‘nafka mina’ (halachic consequence) being whether the rule stated in Vayikra 22:14 that if a non-Kohen inadvertently eats Terumah they must repay the Kohen the value plus a fifth applies when they eat Terumah that is Chametz on Pesach.
Go to Top