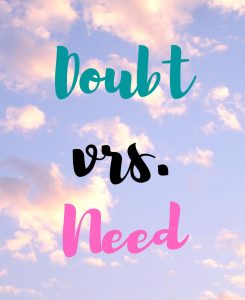 ‘Demai’ is the term given to produce grown in the Land of Israel where a doubt exists whether Terumah and Ma’aser has been removed from it.
Of course, were it to be known with certainty that Terumah and Ma’aser has not been taken, then such produce would be considered ‘Tevel’ and may not be consumed until this has been done.
Contrasting this, if Terumah and Ma’aser has been taken, then the food is permitted and nothing further need be done.
The entire challenge of ‘Demai’ is the halachic uncertainty that it creates, and as Moshe Halbertal explains in his book ‘The Birth of Doubt: Confronting Uncertainty in Early Rabbinic Literature’, Massechet Demai is “devoted to the attempt to create rules of conduct for such states of uncertainty”, i.e. while Demai cannot, in general, be eaten ‘as is’, Massechet Demai outlines the level of halachic latitude that may be shown towards the purchasers and prospective consumers of Demai produce.
Yet even though it is clear from Massechet Demai that in most instances something should be done to the Demai produce to permit its consumption, must this be done in all instances?
Significantly, this topic is addressed in the Mishna (Pesachim 2:5) in today’s daf (Pesachim 35a), concerning whether one fulfils their duty of eating matzah on Pesach if it has been made from Demai grain? To this, the Mishna answers in the affirmative.
Initially, the Gemara (Pesachim 35b) finds this conclusion perplexing, and this is because Demai is לא חזי ליה, meaning “not [halachically] fit for them [to eat ‘as is’]”. In response, the Gemara then quotes from Mishna Demai 3:1 to teach us that there are some instances when Demai can be consumed ‘as is’. Specifically, “we may feed poor people Demai produce, as well as travelling soldiers”.
What we learn from here is that while Demai has an uncertain halachic status, and while we are generally strict and thereby require a percentage of Demai to be tithed to be certain, this requirement is overlooked when considering the needs of the poor, the needs of hungry soldiers, or a situation where someone inadvertently used Demai grain to make their matzah.
The overall conclusion from all this is that while there are situations where our halachic doubt leads us to err on the side of caution, there are other situations where the needs of the people override our desire to be cautious.
×
×