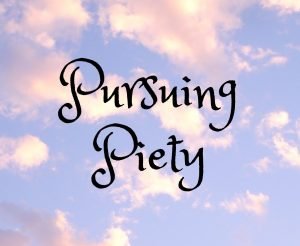 Today’s daf (Pesachim 40) makes reference to halachic strictures on Pesach which, though not demanded by halacha, are encouraged to be adopted by a בעל נפש (literally ‘someone who lives their life with a focus on the soul’, but generally understood to refer to those who have adopted a stricter religious lifestyle as an expression of their fear of God and to foster and express their religious piety).
Specifically, while a Beraita teaches that we should not soak barley on Pesach (which, as the Rambam explains, was done to soften the grain prior to grinding it and using it for cooking), Rabbah states that a בעל נפש should also not soak wheat on Pesach (whose grains, as the Gemara explains, are much harder than barley and therefore take longer to soften).
Significantly, the Geonim, the Rif and the Rosh (see Beit Yosef on Orach Chaim 453) all take the position that, האידנא…. אין אנו בקיאין – “nowadays, we are not expert” in knowing up to what point it would be permitted to soak wheat – before risking the likelihood of them becoming chametz, and this is why the Shulchan Aruch (Orach Chaim 453:5) states that neither are permitted on Pesach for all people, i.e. not just for a בעל נפש. Still, while in this particular case of all of us are bound by this requirement, what should our approach be to the other rules stated elsewhere in the Talmud and later halachic writings that our Sages encourage a בעל נפש to adopt?
Of course, those who individually wish to adopt specific standards for themselves may do so. However, it is worthwhile noting the wise remarks of Rav Hershel Schachter [1] on this topic:
“The Shulchan Aruch (Orach Chaim 565:6) …[states] that if one has accepted upon himself extra fast days and lets others know of his middas chassidus (pursuit of piety), “he will be punished for doing so”. Every so often in Shulchan Aruch and in its commentaries we come upon a recommendation that a ba’al nefesh ought to be stringent on himself regarding some halachic issue. Rabbi Yehuda Amital relates that when he was a teenager learning in yeshiva, when the students learned Mishna Berura and came across a statement that “one who is a ba’al nefesh should act on accordance with the stringent view”, they thought to themselves that this certainly refers to a few outstanding tzadikim who they knew of. Whereas today, he further commented, many of the yeshiva students instinctively assume that it refers to them! Even one who does belong in the category of ba’alei nefesh must be careful that his middas chasidus not turn into a public demonstration of his piety. Today the term “frum” is usually used with a positive connotation. In pre-World War II Litta, it was usually used as negative description of one who publicly displays his piety. Some of the ba’alei mussar used to say “a galach (priest) has to be ‘frum’; a yid (Jew) has to be ‘erlich’ (honest)”. They would add that the word “frum” is roshei teivos (an acronym) for “fiel rishis, veinig mitzvos – much evil and very few mitzvos” [2]. Additionally, a middas chasidus is not to be forced upon others. The expression in the Shulchan Aruch always is that a “ba’al nefesh yachmir al atsmo – a ba’al nefesh ought to be stringent upon himself.”…The style of the ba’al nefesh, following the stringent approach, was clearly not intended for the masses. Those who are able to should certainly strive to attain the state of chassidus (piety), but this must be done step by step…”
What we learn from here is that while it is admirable to pursue piety, we must not confuse the pursuit of piety with the need for honesty, and that those who do adopt a stricter religious lifestyle for themselves should do so without publicity or fanfare, or without thinking that those who do not are anything less than the most loyal of Torah Jews.
[1] https://www.torahweb.org/torah/2008/parsha/rsch_noach.html
[2] see also Rabbi Yehuda Amital, ‘Jewish Values in a Changing World’ p. 16
×
×