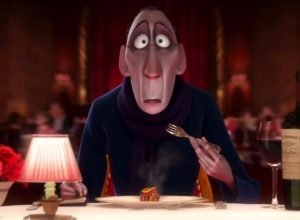 Today’s daf (Pesachim 41) deals with the Korban Pesach, and specifically, how the Korban Pesach must be cooked. This is because the Torah states that there is requirement for the Korban Pesach to be eaten roasted (Shemot 12:8), and that there is a prohibition for it to be eaten raw or cooked in water (Shemot 12:9).
Based on this, the questions raised in our daf include: Can the Korban Pesach may be cooked in other liquids than water? Can it may be eaten if roasted after cooked, or vice-versa? Can it be eaten if only partially cooked or roasted? Can it be eaten if cooked in the hot springs of Tiberias? (which itself would be difficult since it may only be eaten in Jerusalem*) And can it be eaten partially roasted on the daytime of the 14th of Nissan?
Given all these questions we must consider why it so important that the Korban be prepared in an identical way to how it was prepared in Egypt? To this, the Sefer HaChinuch (Mitzvah 7) responds: ‘and that which we have been commanded to specifically eat it roasted is because such is the way of royal families and ministers to eat roasted meat since it is a good and tasty food [and because the ability to roast a large size of meat represented provision and abundance]. Whereas the rest of the people only eat the small quantity of meat that they [are able to acquire and which they cook] boiled [simply] in order to fill their stomachs. And it is certainly fitting for us – that eat the Pesach sacrifice [to remember] that we went out into freedom to be a nation of priests and a holy nation – to behave in a manner of freedom and lordship in its eating. [This suggestion is to be understood] in addition to [Rambam’s interpretation in his Moreh Nevuchim 3:46 who explains that] the eating of roast indicates the haste [with] which they left Egypt and could not delay by cooking it in a pot’.
What we learn from here is that the way in which the Korban Pesach is cooked is meant to convey both the historical experience of leaving Egypt in haste, as well as the emotional experience of eating meat which has been prepared in a manner that only royalty and ministers would eat. Consequently, to cook the meat in any other way would be to disconnect ourselves both from the history and the emotions of Yetziat Mitzrayim.
Today, we sadly no longer have a Korban Pesach. However, just as those of us who grew up with particular taste-experiences know that food can communicate history and emotion, and that if cooked right, such food can take us back to a different time and place, and if cooked wrong, it does little for us (other than fill our stomach); so too, our daf is dedicated to addressing the above-mentioned questions because the whole purpose of eating the Korban Pesach is to tap into the history and the emotion of Yetziat Mitzrayim. And if done right, it can take us back to a different time and place, and thereby help us annually re-experience the Exodus on Pesach.
* On this point see the Pardes Yosef on Shemot 12:9
×
×