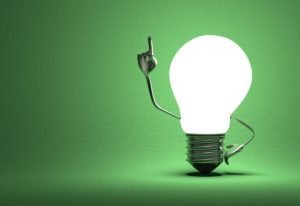 Today’s daf (Pesachim 5a) contains a cryptic aggadic teaching which, upon first glance, seems almost impossible to make sense of. However, having pondered the teaching, and then drawn inspiration from the explanations offered by various commentaries including the Torah Temimah (on Bereishit 25:25), I would like to offer my thoughts.

The teaching, which originated from the school of Rabbi Yishmael, identified that the word ‘rishon’ (first) is used in biblical verses referring to the celebration Pesach (Shemot 12:18), the commandment to take the Lulav on Sukkot (Vayikra 23:40), and the celebration of Sukkot (Vayikra 23:39). At the same time, they also identified that the word ‘rishon’ also appears with reference to Esav (Bereshit 25:25), the construction of the Beit HaMikdash (Yirmiyah 17:12) and the name of Moshiach (Yishayahu 41:27). With this in mind, they taught that ‘in reward for [the observance by the Jewish people of] these three [mitzvot of celebrating Pesach, taking the Lulav on Sukkot and celebrating Sukkot] as expressed by the word ‘rishon’, they were entitled to three [matters also referred to as] rishon: To eradicate the descendants of Esau, to the construction of the Beit HaMikdash, and to the name (or possibly ‘function’) of Moshiach’.

To begin with the celebration of the days of Pesach – what is its connection with Esav? To answer, I believe that a key message of the Pesach story is ‘time’ and ‘timing’. As slaves, Bnei Yisrael had no control over their time, and once God granted them relief. In fact, as Rav Pam points out, it is significant the first commandment given to Bnei Yisrael while still in Egypt was that of Rosh Chodesh – meaning the ability to control their time. Moreover, when the opportunity for leaving Egypt arose, timing was everything, and because they left in haste, they took bread with them that did not have time to rise. Significantly, later on when God provided the people with the Manna in the desert, one explanation offered by the Or HaChayim as to why this was considered to be a test was how – now that their food was already prepared for them – they would use their free time. Contrasting this, a key feature of Esav was that he used his time for the pursuit of this-worldly pleasures. Moreover, his timing was such that he did not receive the bracha from his father. With this in mind, we can interpret this teaching from the school of Rabbi Yishmael to mean that it was the lessons that we learnt from the Exodus from Egypt about time and timing that will enable us to overcome the descendants of Esav (eg. as we say in a siyum, ‘we arise early for the words of Torah, while they meaning those who arise early for idle word’ which then concludes with a quote from Tehillim 55 which itself contains allusions to Esav).

In terms of the commandment to take the Lulav on Sukkot, what it its connection with the construction of the Beit HaMikdash? I believe the answer is rooted in the way in which our Sages speak of the mitzvah of Lulav as a prominent mitzvah article that was proudly held by Jews both when performing the mitzvah of Lulav and even when going about their daily basis (see for example Sukkah 41b which speaks of the righteous of Jerusalem who would perform various tasks with ‘lulaveihem beyadeihem’ – their lulav’s in their hand). And by doing so with such pride, this represented pride in our faith in God, and pride in our loyalty to the mitzvot. Similarly, the Beit HaMikdash was a large, bold and splendorous construction that was visited and admired by Jews and non-Jews alike and that communicated the pride and loyalty of Jews in their service of God.

Finally, what is the connection between the celebration of Sukkot and the name (or as I suggest, ‘function’) of Moshiach? Significantly, the verses preceding Yishayahu 41:27 emphasize the central role played by Cyrus in enabling the construction of the Beit HaMikdash, while Sukkot is a festival during which the Jewish people offer sacrifices not only for ourselves but for all the other nations of the world. In fact, according to the Netziv, the reason why we read Kohelet on Sukkot is because Kohelet was the wisdom that Shlomo HaMelech shared with the non-Jewish kings who came to visit the Beit HaMikdash on Sukkot. Given this, our service on Sukkot to inspire other nations is expressed by the coming of Moshiach who will inspire both the Jewish people, as well as other nations around the world.

Ultimately, what I learn from this aggadic teaching is that we must use our time well; we must seize opportunities when they come; we must be proud and loyal ovdei hashem (servants of G-d), and we should realise that our task is not merely to spiritually and materially care about ourselves – but also to care, and do all we can to inspire the other nations in the world.