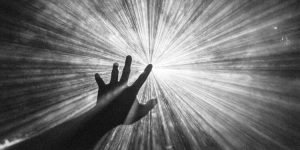 Much of the final lines of the third chapter of Massechet Pesachim is dedicated to exploring the difference between עולם הזה (this world) and עולם הבא (the next world), and embedded in the discussions found in our daf (Pesachim 50a) is a fascinating story involving Rav Yosef, the son of Rabbi Yehoshua ben Levi who experienced a Near Death Experience (NDE).
As the Gemara proceeds to explain, when Rav Yosef came back to life, Rabbi Yehoshua ben Levi asked his son: מאי חזית – “What did you see [of the next world while you were not in this world]?”, to which Rav Yosef responded, עולם הפוך ראיתי – “I saw an inverted world”, עליונים למטה – “where those who are most revered [in this world] (eg. those whose greatest achievements is the fact that they are rich or famous) are not given the greatest honours [in the next world]”, whereas ותחתונים למעלה – “those who are often overlooked [in this world] are (eg. the simple or the poor) are accorded great honour”.
Sadly, far too often we forget this truth that so much of this world is an עולם הפוך – an “inverted world”, and that the truly righteous are generally those who run from honour and who perform their many good deeds without being captured and or shared on social media.
And this is why NDE’s are such a fascinating phenomenon, because those who experience a taste of the next world and are then given a chance to return to this world almost always return back as changed people, and this is because, as they testify, they’ve been gifted a view of the world according to its true priorities.
Over the years, first stimulated by a groundbreaking essay by Rabbi Hayyim David Halevy (see Asseh Lecha Rav Vol. 2 pp. 17-94 and Vol. 3 pp. 172-187) who – it should be noted – quotes our Gemara, then by Rabbi Yaakov Astor’s book ‘Soul Searching’, and subsequently by a variety of other studies that I have read, I have grown to pay close attention to the perspectives shared by those who have experienced NDE’s who, as both Rabbi Halevy and Rabbi Astor demonstrate, often describe phenomena about the world to come as found in in Jewish mystical writings. And what we can learn from them is that there is a non-physical world beyond this, and that our measures of success in this world are not equivalent to those in the world to come.
Of course, while it should not take a NDE to shock someone into such a realization, oftentimes it is only when a person is taken to the brink of death that they come to appreciate the value – and true values – of life, namely that what is prioritized in this world is rarely an authentic measure of what should be prioritized.
And this is why each of us should live life thoughtfully, and make sure to make our life choices with an eye on eternity.
Go to Top