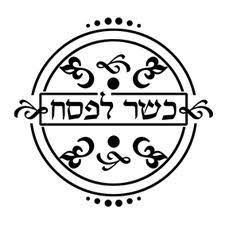 The Mishna (Pesachim 4:4) in today’s daf (Pesachim 53a) notes how there were divergent customs concerning the eating of roasted meat on Seder night. For some, the eating of roasted meat – which was suggestive of freedom, abundance and the ability to share food as a family – was the ideal food to consume on the night that celebrates freedom, abundance and family. However, there were those who felt that by doing so would lead others to think that what was being eaten was the actual Korban Pesach which, after the establishment of the Temple in Jerusalem, could not be consumed outside of Jerusalem. Thus, there were places where it was customary to eat roasted meat, and places where it was not.

Still, whichever custom one held, Rav, as quoted by Rav Yehuda, ruled that it was forbidden for a person to say about meat that they were preparing for Pesach in the post-Temple era that “בשר זה לפסח – this meat is for Pesach” because ‘this seems as if the person is consecrating this animal to be a Korban Pesach and is planning to eat this consecrated meat outside of Jerusalem’.

Of course, on first glance this ruling of Rav (which, it should be noted, is codified in the Shulchan Aruch Orach Chaim 469:1) seems to be super-sensitive. However, if you were living – as Rav did – in the 2nd century Babylon and you were a significant leader both in Babylon and in Israel, then among your many priorities was to remind the people that there were religious practices which were exclusively rooted in the Temple experience in Jerusalem. Given this, and especially given the rise of Christianity and the trend of superimposing Christological significance upon many Jewish rituals and especially Pesach rituals, it was clear to Rav that a clear distinction needed to be drawn, and clear language needed to be used, in order to highlight the difference between activities that were authentically Temple related, and any other practices.

Interestingly, this sensitivity continues till this day, and aside from avoiding saying בשר זה לפסח, there are a handful of kashrut organisations who, on their kosher-for-pesach labels, prefer using the phrase כשר על פסח (literally ‘kosher on Pesach’) than כשר לפסח (literally ‘kosher for Pesach’) for this same reason (although most halachic decisors agree that this is not necessary – see for example Mishna Brura note 2 on OC 469).

Similarly, this same sensitivity is a significant factor in the objection directed towards the leadership of Reform Judaism who accorded the title ‘Temple’ to their synagogues, and who adopted musical worship as if the synagogue was the Temple while also removing references to the return to Jerusalem.

Ultimately, what we learn from today’s daf is that even the small things that we do or do not say can speak volumes about our connection to the past, our beliefs in the present, and our hopes for the future.