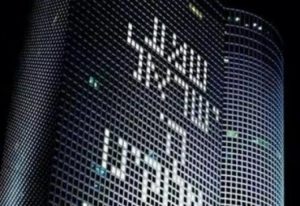 In today’s daf (Pesachim 56a) we encounter the interpretation of Rabbi Yehuda on the Mishna (Pesachim 4:8) who explains that residents of Yericho did not say the words בָּרוּךְ שֵׁם כְּבוֹד מַלְכוּתוֹ לְעוֹלָם וָעֶד to separate between the proclamation שְׁמַע יִשְׂרָאֵל ה’ אֱלֹהֵינוּ ה’ אֶחָד (Devarim 6:4) and וְאָהַבְתָּ אֵת ה’ אֱלֹהֶיךָ בְּכָל לְבָבְךָ וּבְכָל נַפְשְׁךָ וּבְכָל מְאֹדֶךָ (Devarim 6:5).
In addressing this point, the Gemara then teaches us about the origin of this practice which, according to Rabbi Shimon Ben Lakish, is based on an exchange between Yaakov and his sons when Yaakov was on his deathbed, at which time he was concerned that at least some of his children may not be faithful to the laws of God. In response, his sons said to him שְׁמַע יִשְׂרָאֵל ה’ אֱלֹהֵינוּ ה’ אֶחָד – through which they communicated to Yaakov (who was also named יִשְׂרָאֵל) that they were all believers in God. In response, he said the words בָּרוּךְ שֵׁם כְּבוֹד מַלְכוּתוֹ לְעוֹלָם וָעֶד – as if to both validate and celebrate this fact.
Yet, notwithstanding this story, the Gemara is still curious as to why we include the words of בָּרוּךְ שֵׁם כְּבוֹד מַלְכוּתוֹ לְעוֹלָם וָעֶד in our Shema, especially since לא אמרו משה רבינו, meaning that Moshe himself did not say these words in the actual text of the Shema in Devarim. In light of this, the Gemara explains that our Sages enacted that we recite these words quietly.
Still, this answer remains difficult. The so-called solution of its quiet recital still does not address the fact that it is still said, or the fact that Moshe didn’t say it, or the point (which the Gemara does not address) that we recite these words out loud on Yom Kippur. Given all this, I would like to interpret this Gemara according to the brilliant explanation of Rabbi Yaakov Lorberbaum (1760-1832) in his ‘Emet L’Yaakov’ – while then adding a further insight of my own.
As Rabbi Lorberbaum explains, our biblical patriarchs and matriarchs lived prior to the giving of the Torah, which means that their primary spiritual achievement was their recognition and proclamation of One God through which God’s glory was celebrated and sanctified. It was in this spirit that when Yaakov was soon to die, his primary concern was whether his sons believed in God, and by responding with the words שְׁמַע יִשְׂרָאֵל ה’ אֱלֹהֵינוּ ה’ אֶחָד, they affirmed that this was so, to which Yaakov replied בָּרוּךְ שֵׁם כְּבוֹד מַלְכוּתוֹ לְעוֹלָם וָעֶד – meaning that this belief alone is what leads to God’s glory being celebrated and sanctified.
However, continues Rabbi Lorberbaum, once the Torah was given, belief alone – without the performance of mitzvot – became an incomplete expression of the will of God, with this being the point being raised in the Gemara by the fact that לא אמרו משה רבינו – meaning that Moshe, having received and taught the Torah, did not say these words.
Nevertheless, Rabbi Lorberbaum suggests that we say בָּרוּךְ שֵׁם כְּבוֹד מַלְכוּתוֹ לְעוֹלָם וָעֶד because many of us feel that we are lacking in Torah and mitzvot, and also because these words reflect our desire that whatever we do shall lead to God’s glory being celebrated and sanctified. In fact, it is precisely because we are confident in God’s forgiveness on Yom Kippur – which itself is a powerful expression of our faith in, and the celebration and sanctification of, God’s glory – that we recite these words out loud on Yom Kippur.
Taking note of this interpretation and the idea that there were those whose primary spiritual achievement was their recognition and proclamation of One God, and since the receiving of the Torah we are expected to do more in terms of fulfilling the will of God, I would like to offer a slightly different explanation.
As we know, there are some Jews who are שְׁמַע יִשְׂרָאֵל and בָּרוּךְ שֵׁם Jews – meaning that they believe in God and are keen in celebrating and sanctifying God in what they do – though not necessarily through the formal expressions of Torah and Mitzvot. And then there are שְׁמַע יִשְׂרָאֵל, בָּרוּךְ שֵׁם and וְאָהַבְתָּ Jews – who not only believe in God, and not only wish to celebrate and sanctify God’s glory, but choose to do so through their observance of Torah and mitzvot.
Throughout the year, we recite בָּרוּךְ שֵׁם quietly to convey to ourselves that, having received the Torah, we are expected to perform the mitzvot. However, we still recite these words to remind ourselves of our bonds of brotherhood and sisterhood to all those Jews whose Judaism does not extend much beyond belief. In this spirit, we say the next word וְאָהַבְתָּ – “and you shall love” – to ourselves, in order to remind ourselves that we have a duty to love all Jews of all different types and of all different practices. And this is why, on Yom Kippur, when many disconnected Jews find their ways back to shul, we proclaim the words בָּרוּךְ שֵׁם כְּבוֹד מַלְכוּתוֹ לְעוֹלָם וָעֶד out loud, as if to say that we stand together, as equals, before God on this solemn day.
Unfortunately, the residents of Yericho did not say the words בָּרוּךְ שֵׁם כְּבוֹד מַלְכוּתוֹ לְעוֹלָם וָעֶד, and the reason why they were not formally reproved for not doing so is because, at least on a technical level, they were correct in asserting that these words do not appear in the Torah. However, I believe that what we are being taught in today’s daf is that even if something could be technically justified, it doesn’t make it right and it runs counter to who we are as a people.
Today, there are many Jews who are just שְׁמַע יִשְׂרָאֵל and בָּרוּךְ שֵׁם Jews, and also many Jews who aren’t even in that category. And our task is to think of them, connect with them, and love them, which we should remember to do at least twice daily – when we recite the Shema.
×
×