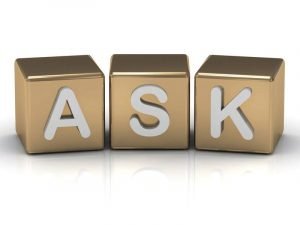 ‘It was taught in a baraita: One asks about and teaches the halachot of Pesach thirty days before Pesach’ (Pesachim 6a).

This teaching, for which the Rabbis of the Talmud find biblical support in the fact that ‘Moshe was standing at the time of the first Pesach, on the fourteenth of Nisan, and warning the people about the halakhot of the second Pesach (Pesach Sheni), which occurred a month later, on the fourteenth of Iyar’ (Pesachim 6b), informs us that there is a specific duty to ‘ask’ questions and ‘teach’ answers about Hilchot Pesach in the month leading up to Pesach.

But if we take a moment to reflect on this teaching, we will realize that if the Gemara were to just base its rule on Moshe’s instructions about Pesach Sheni, then all it could derive from here is the fact that the laws of Pesach should be taught thirty days before Pesach.

Instead, it informs us that there is a specific duty to both ‘ask’ questions and to ‘teach’ answers, and on this basis, it is clear that this law isn’t merely derived from Moshe who answered the questions that he was asked, but also by those nameless people ‘who were unclean by reason of a corpse and could not offer the Korban Pesach on that day’ (Bemidbar 9:6), and who then approached Moshe and Aharon and asked them, ‘Why must we be debarred from presenting the Lords offering at its set time with the rest of the Israelites?’ (Bemidbar 9:7).

What we see from here is that Jewish practice is not only based on the words and reactions of our great leaders and teachers like Moshe, but also on the questions and requests of men and women throughout our history who, though often not recorded by name in our written history, have significantly contributed to the shaping of Jewish thought, Jewish law and Jewish practice. And this is why we must ask questions when situations arise, not just for our benefit, but for others as well.

Unlike certain cultures that seek to avoid questions, the Jewish people and the Jewish faith seek to provoke questions and promote questioning. As Rabbi Jonathan Sacks zt’l records in his essay ‘The Art of Asking Questions’:

‘The Nobel prize-winning Jewish physicist Isidore Rabi once explained that his mother taught him how to be a scientist. ‘Every other child would come back from school and be asked, “What did you learn today?” But my mother used to ask, instead, “Izzy, did you ask a good question today?”’. In the yeshiva, the home of traditional Talmudic learning, the highest compliment a teacher can give a student is Du fregst a gutte kasha, ‘You raise a good objection.’’ (The Chief Rabbi’s Haggadah p. 105)

And why is questioning such an important aspect of Jewish life? Because, continues Rabbi Sacks, ‘asking a question is itself a profound expression of faith… To ask is to believe that somewhere there is an answer…We ask, not because we doubt, but because we believe’ (ibid. p. 106).