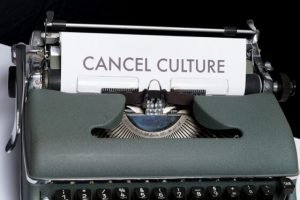 In today’s daf (Pesachim 60a) we are introduced to a fascinating halachic rule of מקצת אוכלין לא פסלא (literally ‘if only some are able to eat, it is not invalid’) – which I would like to explain both in its context in our daf, as well as in terms of how it can be applied to situations beyond those described in our daf.
Having previously discussed the importance of slaughtering the Korban Pesach ‘lishma’ (i.e. with the right intentions), the question raised by the Gemara (with reference to a statement found in the next Mishna – Pesachim 5:3, see Pesachim 61a) concerns the status of a Korban Pesach that has been slaughtered לאוכליו ושלא לאוכליו – “for those who are able to eat it, and for those who are unable to eat it” – meaning that when the Korban Pesach was slaughtered, it was intended both for individuals who can consume its meat, as well as those who – for a variety of technical reasons – cannot. Given this, the question raised by the Mishna is whether the conscious intention to include those who cannot consume the Korban Pesach with those who can undermines the overall intention of the Korban Pesach?
To this, the Mishna answers that the status of such a Korban Pesach is כשר – “valid”, and this is because מקצת אוכלין לא פסלא – “if only some are able to eat, it is not invalid” – which teaches us that since those who cannot eat the Korban Pesach are not the exclusive group of intended consumers, their inclusion in the intentions of the slaughterer does not invalidate the Korban Pesach for those who can eat from it.
Today, there is a temptation to ‘cancel’ individuals because some of the things they have said, or ‘cancel’ organisations because we do not agree with some of the positions which they hold. Of course, like the laws of kashrut, sometimes a forbidden taste can be so prevalent that it invalidates all that it comes in contact with. However, what I believe we can learn from the rule of מקצת אוכלין לא פסלא is that intentions that are invalid do not automatically undermine valid intentions, and that there are times when we need to be sufficiently nuanced and thereby separate the proper from the improper without feeling the need to cancel both.
×
×