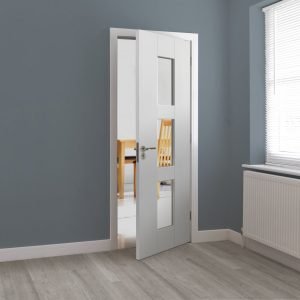 The Mishna (Pesachim 5:3) in today’s daf (Pesachim 61a) teaches us that the Korban Pesach may not be offered before midday on the 14th of Nissan, with this being derived from Shemot 12:6 (which we will be reading this Shabbat) which states that: וְשָׁחֲטוּ אֹתוֹ כֹּל קְהַל עֲדַת יִשְׂרָאֵל בֵּין הָעַרְבָּיִם – “and the entire community of Israel shall slaughter it in the afternoon (literally, ‘between the evenings’)”. Still, while the Mishna provides this biblical source to support the rule that the Korban Pesach may not be offered before midday, it does not provide a reason why.
According to the Chizkuni (in his commentary to Shemot 12:6), the reason for this is because the afternoon is ‘the time when people congregate since this is when the laborers return from their work’. As Rav Zvi Shimon explains: ‘the lamb was to be slaughtered in full view of the public’s eye – at “rush hour” – when all the Egyptians are returning to their homes.”
What this means is that just as we light the Chanukah candles at a time when people are walking in the marketplace (Shabbat 21b) so as to maximise פרסומי ניסא (the publicizing of the miracle [of Chanukah]), so too, the Korban Pesach was offered during “rush hour” to achieve the maximal impact of the theological proclamation expressed by the Korban Pesach, and for פרסומי ניסא (the publicizing of the miracle [of the Korban Pesach]) where Bnei Yisrael offered this sacrifice but were protected by God while doing so.
In our lives, there are mitzvot that we perform in private and out of sight from others, and there are other mitzvot that we perform in front of others. Yet while privacy and modesty are precious traits, as the following story powerfully illustrates, they aren’t always beneficial for the purpose of sharing and maximizing the impact of the mitzvot that we perform.
Rabbi Paysach Krohn tells the story (see ‘Along the Maggid’s Journey’ pp. 59-60) of how, when Rabbi Yaakov Vann was walking in Jerusalem, he was asked to help make a minyan for a shiva in a nearby house. Upon entering, he noticed many well-used Torah books despite it being clear from his interactions with the family that those sitting shiva were not well versed in Torah. Upon enquiring, he found out that these sefarim were the possessions of the deceased, and he was then told, “only he was religious, not his children. You see, when our father came home from work, he would lock himself in his room with his books and he wouldn’t come out for hours. We knew that he studied in there, but we hardly ever saw him, and he never studied when we were around.”
When Rabbi Vann left the house he felt sad about what he had encountered, and he then remembered a profound explanation – offered by Rabbi Aharon Rokeach, the Belzer Rebbe – of a biblical verse where we are told הַנִּסְתָּרֹת לַה’ אֱלֹהֵינוּ וְהַנִּגְלֹת לָנוּ וּלְבָנֵינוּ עַד עוֹלָם – “the hidden things are to God, but the revealed things are for us and our children forever” (Devarim 29:28), which the Belzer Rebbe explained to mean: ‘if we do righteous things but keep them hidden, then only God will know of our honourable way of life. However, if we reveal to our children the good deeds that we do, then these noble deeds will be continued in our family forever.” What we learn from here is that if we want others to be impacted by the mitzvot we perform, then they need to see us perform them.
Over the past 11 months, most of us have spent much more time at home, and this has meant that those with children at home have had many opportunities to show them some of the mitzvot that they perform which, perhaps until now, the children did not see quite so often. For example, those who used to pray in shul now pray at home. Those who used to attend shiurim outside of the home now do so via zoom at home. And those who used to meet outside of the house to help with chessed projects now do so virtually etc. And while there have been many great challenges that each of us have experienced during this pandemic, I believe that this period may have allowed many of us to come closer in achieving the lesson of וְהַנִּגְלֹת לָנוּ וּלְבָנֵינוּ עַד עוֹלָם – “but the revealed things are for us and our children forever”.
I shall conclude with a personal anecdote because this topic has inspired me over many years. When we were doing renovations in our home in the UK, we had to replace all the doors in the house, and when doing so, I insisted that the door to my study have a big window. This is because, as I said to my wife Donna, “while there will be many times when I learn Torah with our daughters inside the study and elsewhere in our house, there will also be times when I am focused on learning and work and the children are doing something else. However, by having a window in the door, they will see what I am doing, and hopefully this will have a positive impact on them.” And this is because, while “the hidden things are to God, the revealed things are for us and our children forever”.
×
×