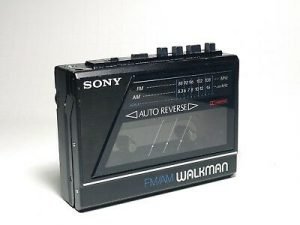 In today’s daf (Pesachim 63b) we read of a disagreement concerning the efficacy of התראת ספק – which has been variously translated as a ‘doubtful’ (Soncino), ‘questionable’ (Artscroll) or ‘uncertain’ (Steinsaltz-Koren) warning.

To give some context, for a punishment to be meted out by the Jewish court, the prohibited action for which the individual is being punished must have immediately been preceded by an explicit warning (התראה) where witnesses tell them that that if they perform prohibited action X, then they will receive punishment Y.

In the case of a התראת ספק, at the moment of the warning, it is ‘doubtful’, ‘questionable’ or ‘uncertain’ that the individual will necessarily commit the prohibited action because, for example, the witnesses cannot see the prohibited item about which they are warning the person, or because they aren’t quite sure if the prohibited action will be performed in the coming moments. Still, as the Rambam rules (Hilchot Sanhedrin 16:4), presuming that the warning is sufficiently specific concerning the action that the witnesses suspect is about to be performed, and presuming they are also sufficiently specific about the consequential punishment that would be given from doing so, then התראת ספק התראה היא – a doubtful/questionable/uncertain warning is considered to be an effective warning. What we learn from here is that for a warning to be effective, it needs to be highly specific in terms of instruction, even if those giving the warning cannot be 100% sure whether the prohibited action is about to be performed.

Reflecting on this discussion, I am reminded of a powerful anecdote mentioned in a fascinating article by Rabbi Dr. Aharon Hersh Fried* which I often cite when educating educators where he relates:

“At a recent Torah Umesorah convention, R’ Reuven Feinstein told an anecdote that took place in a yeshivah years ago. The incident troubled him to no end. It seems a bachur (yeshivah student) had borrowed a small tape recorder from a friend, and while he played around with it, i.e., swung it by its handle, it became detached from the handle and flew into a wall where it was smashed by the impact. When his friend asked him to pay for the tape recorder, the borrower retorted that it was an accident and he was therefore not liable. R’ Reuven was troubled by the bachur’s retort, because the yeshivah was then learning Perek HaMafkid, the chapter in Gemara that speaks of the liabilities of a borrower (amongst others), and it is clearly stated that a borrower is liable even for a totally unexpected accidental damage to the object he borrows. Why did the bachur fail to apply this clear principle to his own situation? Reb Reuven asked his father, Reb Moshe [Feinstein] how this could happen, and Reb Moshe answered that the boys had probably had their first exposure to Gemara in Masechtah Brachos (rather than Nezikin), which speaks of the various time constraints on saying Kriat Shema and Tefilah, and that since these time strictures are often not strictly adhered to in the shuls, they had come to look at what the Gemara says as “theory” that need not necessarily be taken seriously in its application to life (nb. when Reb Reuven subsequently investigated, he found it to indeed be so).”

However, as Rabbi Dr. Fried continued, “fully accepting the validating of Reb Moshe’s reasoning and point, I would have to add that it’s not that the bachurim had actually made the connection between the Gemara and their situation, but had just not taken it seriously. I’m afraid the connection was never made in the first place. The reason for the failure in the connection may be that they had learned that Torah study and daily practice are not strictly connected. I believe, however, there is another reason – that when the material was taught in the first place it was allowed to remain purely theoretical. I’m afraid the Rebbe never once said, “Therefore bachurim, before you borrow someone’s bike, roller skates, or car, think twice. Remember that you would be liable even for any accidental damages to the borrowed object.” People have a tendency to compartmentalize knowledge. If the connection between Torah and life is not explicitly made, the connection is as good as severed. Torah must be taught as “chukei chaim,” as a guide to our everyday life, connected to that life. When a bachur doesn’t hear his Rebbe connecting Torah to life, he learns from the omission that Torah has no connection to life (chas veshalom)”.

Ultimately, what we learn from the discussion about a התראת ספק, and from the remarks of Rabbi Dr. Fried, is that while life is full of variables and uncertainties, it is essential that we warn, speak and teach with concreteness and specificity, and that failure to do so – deliberately or otherwise – runs the risk of people failing to make essential connections between Torah and life.