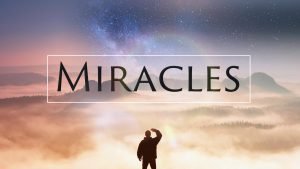 Within today’s daf (Pesachim 64b), we read of a disagreement between Abaye and Rava concerning the events that occurred in the Beit HaMikdash when the Korban Pesach was offered.

On the basis of this discussion, it would seem that Abaye and Rava are disagreeing about the level to which miracles can be relied upon in the daily operation of the Beit HaMikdash, and admittedly if we were to rely merely on prior Torah and rabbinic teachings, we would likely concur with Abaye. For example, Pirkei Avot 5:5 lists ten miracles that took place in the Beit HaMikdash – which suggests that the Beit HaMikdash is a place where we can most certainly rely on miracles.

Moreover, just a few lines later, the Gemara cites a Beraita stating that ‘no one was ever crushed by the great throngs of people in the Temple courtyard…’ – which also suggests that Abaye is correct. However, this Beraita then proceeds to inform us ‘…except for one Pesach in the days of Hillel when an old man was crushed’ – which suggest that notwithstanding the holiness of the Beit HaMikdash, Rava is correct that we do not rely on miracles even in the Beit HaMikdash.

Significantly, the Rambam (Hilchot Korban Pesach 1:11) is very clear on this issue: “How is the Korban Pesach slaughtered? The first group enters the Temple Courtyard until it is full. Its gates are locked (נועלין) and they begin slaughtering their Pesach offering…”, and what we learn from here is that the death of just one person, or in this case one old man, is too many.

Like the Beit HaMikdash, miracles occur in our world on a daily basis. But just because this is the case, this doesn’t mean that we can presume that more miracles will occur. Instead, as we are repeatedly taught in rabbinic and halachic writings, אין סומכין אניסא – we don’t rely on miracles. Simply put, when it comes to matters of safety and the protection of life, we do whatever it takes.