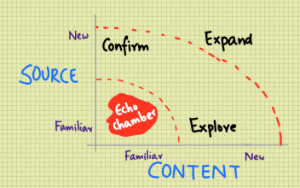 In today’s daf (Pesachim 70b) we are told about Yehuda Ben Dortai and his son who, one year when the 14th of Nissan fell of Pesach, separated themselves and travelled to the south of Israel which thereby exempted them from the obligation of participating in the offering of the Korban Pesach.
Significantly, Yehuda Ben Dortai agreed with the Chachamim that the Korban Pesach should be offered on Shabbat. However, he was also of the opinion that the Korban Chagigah should have also been offered on Shabbat – while the Chachamim disagreed. Given this, as a form of public protest and in response to his claim that he would have nothing to say if Eliyahu HaNavi would come to ask why the Korban Chagigah wasn’t offered on Shabbat, he and his son remained distant from Yerushalayim that year.
Interestingly, some 200 years after this occurred, Rav – the great Amora who founded the Talmudic Academy in Sura – sought to explore the biblical basis for Yehuda Ben Dortai which he then suggests can be found in the words of Devarim 16:2. However, some 150 years after this, Rav Ashi – who re-established the Academy in Sura – not only interpreted Devarim 16:2 differently to support the position of the Chachamim, but he also objected to the fact that Rav had attempted to justify Yehuda Ben Dortai’s position.
Clearly, without further research it is hard to know precisely what is taking place here and why Rav Ashi found Rav’s efforts so objectionable. However, it seems clear that Rav Ashi felt that it was unhelpful and improper for Rav to attempt to offer validity to this “separatist” opinion.
Obviously, we cannot know how Rav would have responded to Rav Ashi’s specific objection. However, the very fact that Rav offered a justification for Yehuda Ben Dortai’s position strongly implies that he believed that it is always beneficial to try and understand those opinions with which we disagree, no less than it our attempts to understand those opinions with which we agree. In fact, this is why many of the works that I study don’t fully reflect my worldview – because I strongly believe that to justify what I think, I also need to learn and reflect upon the reasoning of those with whom I disagree.
However, while this is what sincerely I attempt to do, I am sure I sometimes default to the familiar and thereby reflect the way of the modern world in which so many of us seek the opinions with which we already agree, or immediately recoil the moment we encounter those opinions with which we disagree.
Yet, as so much of the rabbinic tradition teaches us, true greatness isn’t just found when you can explain your position alone. Instead, it is found when you are interested in learning about the position with which you disagree, because as we are taught in Avot 4:1, the truly wise are those who attempt to learn from everyone.
×
×