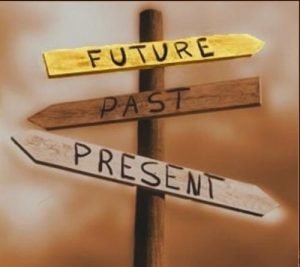 Interestingly, a similar question to this is addressed in today’s daf (Pesachim 72b) while quoting Mishna Terumot. But to explain the Mishna, a little background is necessary.

For various reasons, some more comprehendible than others, a Kohen is forbidden to marry a gerusha (divorcee) or a chalutza (a woman who had undergone the chalitza ceremony), and the child born of such a union is called a ‘Chalal’ (which we will explain for our purposes as meaning that they cease being a fully-fledged Kohen and that they do not participate in performing various Kohanic duties such as serving in the Temple).

In light of this, Mishna Terumot 8:1 asks: “If a Kohen was standing and offering [sacrifices] and then found out that he was the son of a [union between his father a Kohen and a] gerusha or chalutza; according to Rabbi Eliezer, all the sacrifices that had offered on the altar [until now] are considered to be invalid, while Rabbi Yehoshua rules that they are valid.”

As the Gemara elsewhere (Makkot 11b) explains, in such a situation the question is whether we regard the Kohanic status of this individual to be voided (בטלה כהונה) which would mean, as argued by Rabbi Eliezer, that everything that the Kohen had previously done while thinking he was a fully-fledged Kohen is retroactively invalidated. Alternatively, as Rabbi Yehoshua argues, perhaps we regard his Kohanic status as suddenly coming to a halt as if it has now died (מתה כהונה) which would mean that while he is not considered as a fully-fledged Kohen from now, until now this is who he was and how he should be viewed.

In support of Rabbi Yehoshua’s position, our Gemara offers Devarim 33:11 (“May God bless his effort and favor the work of his hands”) as a biblical prooftext, and the Rambam (Hilchot Biat Mikdash 6:10) rules in accordance with Rabbi Yehoshua. Moreover, Rambam goes even further and seemingly rules that if such an individual, now aware of his status, continues to serve in the Temple, ‘he does not desecrate the service’.

Admittedly, this ruling by the Rambam is widely discussed and explained in a variety of ways. However, it is possible that the Rambam is discussing a case where a Kohen – who has loyally served in the Temple for many years – is simply unable to accept his newly discovered status because, as previously pointed out, if you suddenly discovered that you weren’t who you thought you were – would any of this take away from who you were until now?

Ultimately, what Rabbi Yehoshua comes to teach us is that faithful service is always accepted, and that while new information may change our life in the present and future, it need not, and it does not, change the past.