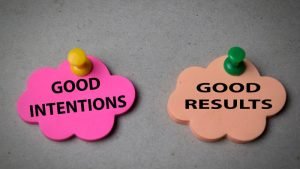 Today’s daf (Pesachim 73a) cites two rules about the Korban Pesach based on the principle of עלו לא ירדו (once they ascend, they do not descend) found in Mishna Zevachim 9:1-2:

1) If someone slaughtered the Korban Pesach for those who halachically cannot partake of the Korban Pesach, then the person who did so is liable to bring a sin-offering, and if the sacrificial parts of this offering ascended (עלו) to the top of the altar, they do not descend (לא ירדו) and are, instead, left to burn there.

2) If someone slaughtered the Korban Pesach which was then found to have a blemish (מום), the person who did so is liable to bring a sin-offering, and if the sacrificial parts of the offering ascended (עלו) to the top of the altar, they do not descend (לא ירדו) and are, instead, left to burn there.

Significantly, both cases raise a curious question. If the original offering was invalid, then why should any part of it be burnt on the sacred altar? And if it was valid, they why isn’t all of it burnt on the altar?

The simple answer is that in these cases there were elements of the Korban that became invalid, and those that did not.

In terms of the former, while the rejection of the core offering may be disappointing for the person concerned, we learn from here that we must not ignore the importance of maintaining and adhering to standards as defined by halacha.

At the same time, the principle of עלו לא ירדו teaches us that those elements (i.e. the innards) that were not rendered invalid which were brought to the altar were still burnt there. And why? Because if a person has erred unintentionally but is still filled with a desire to serve the Almighty; and if an animal has been dedicated to ascend to the altar and through doing so be spiritually heightened, then the positive intentions involved should be enabled as much as is halachically possible.

The error that too many people make is that Jewish worship – and mitzvah observance in general – is all-or-nothing. For example, we often think that if we only partially pray well, then our prayers don’t count; or if we only keep elements of mitzvot then our service is meaningless.

True, there are halachic measures of what is and is not acceptable or even desirable in terms of religious service. But equally true is that the Torah acknowledges the sincere intentions of those who seek to serve God and to spiritually grow. And this is why, in many instances including those that would seemingly conflict with what should ideally be done as defined by halacha, עלו לא ירדו – once a person invests energies in praying or performing mitzvot, then those actions ascend, and do not descend.