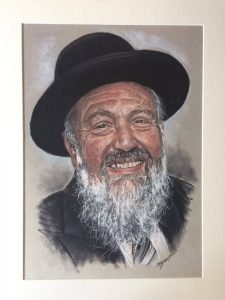 Halacha teaches that when two foods are cooked together then there is a transfer of flavours between them. Given this, when a kosher food item has been cooked with a non-kosher food item, or when meat and milk have been cooked together, we presume that each have absorbed flavours of each other. Moreover, as noted in today’s daf (Pesachim 76a), even if one of the foods is hot and one is cold, we presume that a partial flavour transfer has occurred.
But there are other instances where flavours can transfer between foods even in the absence of cooking through heat, and in today’s daf we are taught the opinion of Shmuel who rules that מליח הרי הוא כרותח –‘items that are salted are considered as if they are hot’. What this means is that a food which, in terms of temperature is cold but which has been heavily salted, is considered to be hot and can therefore transfer flavour through its sharp brine to other foods with which it comes into contact.
However, as Rava then explains, this principle only applies when the salted food is so intensely salted that it is inedible in its current state, whereas if it is edible in its current state, it is not considered as if it is hot and we do not presume that flavours have been transferred between it and any other cold food item.
And how did Rava know this? It is seemingly due to a prior incident where ‘a young pigeon fell into a cask of kamka (a salty dairy cream)’. At that time, nobody was sure whether it could be assumed that the pigeon had absorbed a dairy flavour because, notwithstanding the fact that the kamka was cold, it was salty and thus it was presumed that some flavour had transferred from the kamka into the meat of the pigeon.
Yet, as Rava recounts with great admiration, Rav Hinana the son of Rava of the city of Pashronya was able to rule that the pigeon was permitted because the kamka was edible and thus was not to be considered כרותח, ‘as if it was hot’.
But why was Rava unable to deduce this distinction himself? Perhaps, as Rabbi Elimelech Elazar Frankel suggests in his essay on ‘Talmudic Sources for Ashkenazic Customs [in rendering Issur V’Heter (Kashrut) rulings]’, it is because even at that time, some Rabbis lacked the confidence and/or the expertise in determining where we draw the line between salty food that is edible and salty food that is inedible, and thus Rava admired Rav Hinana the son of Rava of Pashronya who felt sufficiently expert and confident to do so.
And what leads Rabbi Frankel to draw such a conclusion? Because even by the time of Rashi in the 11th century it was felt that many people lacked the expertise to draw distinctions between salty food that is edible and salty food that is inedible, and this itself is reflected in the gloss of the Rema on Yoreh Deah 91:5 who writes that: ‘and there are those that say that we are not experts (דאנן אין בקיאין) in the matter and we should consider even [the amount of salt needed] to salt for roasting to be like it is heated. And it is good to be stringent in a case where there is no great loss.’
According to this explanation, the incident involving Rav Hinana the son of Rava of Pashronya is an example where a Rav with great knowledge and modest confidence was able to solve a question that others felt unqualified to solve.
This coming week, on the 29th of Shvat, is the 7th yartzeit of Mori V’Rabbi Dayan Gershon Lopian zt’l who was an outstanding posek to thousands of men and women around the world. Yet while he too would acknowledge in various areas that דאנן אין בקיאין – ‘we are not experts’, he was also someone of great knowledge and modest confidence who was prepared to answer many questions that other Rabbis were unprepared to address. And so, when I read the words of Rava found in today’s daf about Rav Hinana that he was מאן חכים למישרא מילתא כי הא – ‘wise enough to permit a matter such as this’ and that he was דגברא רבה הוא – ‘a great man’, I thought of my Rabbi and teacher.
Today there are Rabbis who are confident but who lack knowledge and experience; those who are knowledgeable but who lack confidence and experience, and those who are experienced but who lack both knowledge and confidence. It is hard to describe Dayan Lopian zt’l who blended all three of these qualities and so much more. But what I do know is that a true posek needs all three. And that there are too few true poskim today.
Go to Top