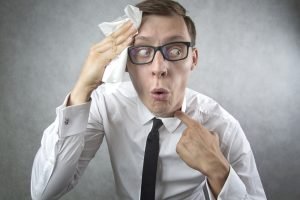 In general, I am a very time-conscious person, and though I don’t think I can speak much about high fashion, I endeavour to ensure that I am dressed suitably and in a presentable manner for whatever place or context I find myself.
I mention this because, around 18 years ago, my then boss and I had a meeting with a major donor of the school where I was working. However, since the donor lived in Central London, we decided to take the train to the nearest station and then walk through St. James’ Park to reach his home.
Naturally, I was dressed smartly in suit and tie, as was my boss. However, there were unfortunately some delays on the train, and by the time we exited the train station, I realised that we’d probably be a few minutes late for the meeting.
However, my boss – who had known the donor for many years – simply said to me: ‘Mr. X is very unhappy if people arrive late to his meetings’, and following his lead, I ran with him through St. James’ Park to ensure that we arrived to the meeting on time. By the time we got to there I was looking slightly less presentable – but at least we got there on time!
I mention all this in light of today’s daf (Pesachim 77a) where the Gemara raises the question of how we know that fixed communal korbanot (sacrifices) can be brought even by those who are in a state of טומאה (impurity), to which we are taught in a Beraita that this is learnt from the word מוֹעֵד as used in Vayikra 23:44 (and as understood from Bemidbar 28:2 regarding the Korban Tamid, and Bemidbar 9:13 regarding the Korban Pesach).
In general, the word מוֹעֵד is translated as ‘appointed time’. However, as Rav Hirsch explains (see his commentary to Shemot 12:1-2), the word מוֹעֵד ‘denotes [either] a place designated for meeting, or a time designation for meeting’, which therefore means that ‘מוֹעֲדִים are designated times for us to meet with God’.
Based on this explanation, the question posed by our Gemara is whether those who are in a state of טומאה (impurity) should turn up to their ‘meeting’ with God even while in a state that is not the ideal way which they wish to present themselves to God.
And what is the answer to this question? In terms of the individual, then ideally no (which is why we have פסח שני). However, in terms of a community, then we learn from today’s daf that they should turn up to the meeting, and however presentable they are in their current state is דחויה (overridden) by the value of them being present at the meeting.
Of course, there are likely times when it is appropriate to be 1-2 minutes late if this means that we can arrive to a meeting feeling that we don’t look like a complete mess. However, I believe that there is a lesson we can learn from today’s daf – which is that when it comes to our meetings with God, it is the turning up and the being present for that time however presentable we feel we are, which counts more than anything.
×
×