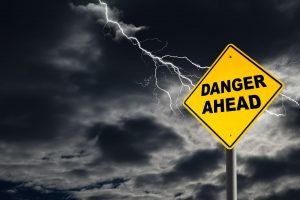 Today’s daf (Pesachim 8a) invokes one of the most fascinating yet misunderstood principles relating to mitzvah performance, namely שלוחי מצוה אינן ניזוקין – ‘those on a mission to perform a mitzvah are not harmed’.

In terms of the daf, this principle is invoked in response to a Beraita which teaches that someone need not check for chametz in holes and cracks because of the possibility that this may endanger them (eg. they may be bitten by a scorpion hidden in the hole or crack). However, Rabbi Elazar then challenges this ruling since שלוחי מצוה אינן ניזוקין – ‘those on a mission to perform a mitzvah are not harmed’. To this, Rav Ashi replies that there are many occasions when we accompany a mitzvah act with a non-mitzvah act (eg. while cleaning for chametz we are also looking for previously lost items), and consequently, there is no guarantee that such a person won’t be harmed.

In light of this principle, there are those who presume that as long as they are en-route to do a mitzvah, no harm will befall them. However, as Rabbi Asher Weiss (Minchat Asher, Shemot p. 29) points out, in each of the four occasions where this principle is stated in the Gemara (Pesachim 8a, Yoma 11a, Kiddushin 39b, Chullin 142a), ‘its message comes to teach that a person is not harmed by the mitzvah act itself…but there is no evidence on which to base the claim that a person will not be harmed by an external or tangential event’.

Moreover, it should be noted that even if this principle is to be understood as read, numerous commentaries have explained that it only applies to someone who is exclusively focused on the mitzvah they are performing (see Ha’emek Davar on Shemot 32:26), and that it only applies to people who are fully confident in understanding the significance of the act that they are performing – which is why even great biblical figures (eg. Moshe – see Shemot 3:11, and Shmuel – see Shmuel I 16:2) were at risk of harm even when they were en route to perform a mitzvah (see Or HaChaim on Shemot 3:11). In this light, it would be highly presumptuous for any one of us to claim that שלוחי מצוה אינן ניזוקין would apply to us. And beyond this, and as our Gemara itself points out, this principle cannot be relied upon when שכיחי היזקא – there is an evident or present danger.

Clearly, a brief post such as this is insufficient to explore and explain every aspect of this principle. However, what I hope I have demonstrated is that pithy Talmudic statements – which can often be cited and employed to defend specific behaviours – are generally much more nuanced than meets the eye, and that pondering how they are invoked by the Gemara already points to a much more specific – and often much narrower – interpretation than one that we may necessarily wish to presume.