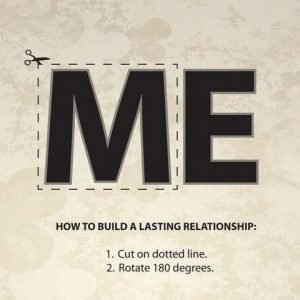 We were taught in the previous Mishna (Pesachim 7:8) that if part, or all, of a Korban Pesach became טמא (impure), then it must be burnt on the Temple mount with wood that had been donated and consecrated for Temple use.
Contrasting this, if only a small portion of a Korban Pesach became טמא, or if there was some leftover meat from the Korban Pesach, then this needed to be burnt in private courtyards or on private roofs using private, non-consecrated wood.
However, the Mishna then adds that there were some people – הציקנים, translated as ‘the misers’ – who even in such a situation would choose to bring and burn this meat on the Temple mount ‘in order to benefit from the [consecrated] wood’.
Given all this, the question raised in today’s daf (Pesachim 82a) is: Would it be possible to bring Korban Pesach meat – where only a small portion had become טמא, or where there was some meat leftover – onto the Temple mount and burn it there while using privately procured, non-consecrated wood?
To this, the Gemara presents two answers: According to Rav Yosef, this shouldn’t be done in order not to embarrass those who do not have their own wood, while Rava states that this shouldn’t be done in order to avoid the appearance of חשד (impropriety). As Rashi explains, this is because once the meat was burnt, people would take any remaining wood home, and by doing so while returning from the Temple, there would be those who would suspect that this wood had been stolen from wood that had been donated and consecrated for Temple use only.
Yet upon reflection, how can these two answers be considered equivalent? Rav Yosef speaks with sensitivity towards those who are poor, while Rava simply seems to be concerned by what gossipmongers might say?
Though this distinction is principally true, I believe that there is another way to frame these opinions. Rav Yosef speaks of human sensitivity, while Rava addresses social sensitivity. And though we should always be concerned by the former, what Rava teaches us is that in the imperfect world in which we live, we must also be sensitive to the latter. And this means that even if you are doing nothing wrong, the harm that can be caused by a lack of social sensitivity can be equal – if not greater – than the harm that can be caused by those lacking human sensitivity.
And this brings us back to the word used to describe those who used the consecrated wood even when they didn’t need it – הציקנים, which actually means ‘those who were narrow minded’. These people were interested in doing what was best for them without thinking of others; they lacked human – and especially social – sensitivity.
Clearly, as our daf demonstrates, there were times in the past when there were people who were more interested in the ‘I’ than the ‘We’. However, while that was then the exception, today it is sadly the rule, and sadly far too many people are ציקנים – narrow minded who only think in terms of themselves. And this is why Rabbi Sacks zt’l beseeched us to think more deeply about morality because this is, as he defined it, ‘a concern for the welfare of others, an active commitment to justice and compassion, a willingness to ask not just what is good for me but what is good for all-of-us-together. It is about ‘Us’, not ‘Me’; about ‘We’, not ‘I’’ (Morality p. 1); it is ‘what broadens our perspective beyond the self and its desires’ (ibid. p. 12).
Go to Top