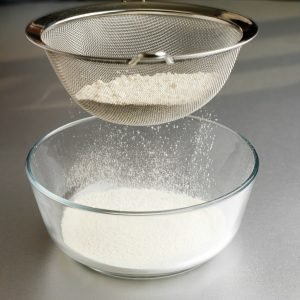 In light of this, the Gemara then informs us that when Rabbi Avin was planning to visit Rabbi Abahu, Rabbi Yirmiyah asked him to ask Rabbi Abahu about a statement which seems to suggest that Rabbi Yochanan is actually of the opinion – like that of Reish Lakish – that we determine the validity of an animal based on its final state.

Today, the vast amount of data on the internet means that so much of what we may have said or done in the past is accessible. For those rare people who have been totally consistent in what they have ever said or done, this may be fine. However, for those who have undergone changes – personally, intellectually etc. – this may present a problem for them, because it is possible for others – for example, prospective employers or someone who is considering dating them – to find statements or images of theirs or about them that no longer reflect who they are.

Naturally, Judaism – which promotes personal growth and change – teaches us that we should evaluate people on who they are and not who they were, and we should train ourselves to filter between the past and the present, just as we sift flour to separate the good from the bad.

However, as Rabbi Sacks zt’l explained in recent years and in his book ‘Morality’, our society has defaulted to preferring shame over guilt. What this means is that rather than positively acknowledging those who have erred and changed, or those who have gone on a growth journey and thereby transformed themselves, we’ve shamed them for doing so. Instead of overlooking the past out of respect for the present, society – and especially the media – have taken to weaponizing the past in order to do harm in the present.

Interestingly, last year I started teaching at a seminary, where I was delighted to find out that one of the faculty members is an old friend who I knew in my late teens and early twenties. She had married and moved to Israel not long after university, and I hadn’t seen her for more than 20 years. Since then, each of us have grown. She is now an expert in Jewish philosophy, and I now teach about Jewish thought and law. Admittedly, I was not too badly behaved in my late teens and early twenties, but those who knew me then would agree that who I am now is not precisely who I was. Yet what made me happy is that each of us made the choice to encounter each other not as we were, but as we are.

Of course, explained this way the idea of showing generosity of spirit seems so simple. However, generosity of spirit is – unfortunately – a rare commodity in our modern world which seems to prefer highlighting errors of the past, than celebrating growth from the past.

Ultimately, what we learn from today’s daf is that even great Talmudic masters can change their mind, and that it is a sign of wisdom to acknowledge growth and change, rather than weaponize or sensationalize the past at the cost of the present.