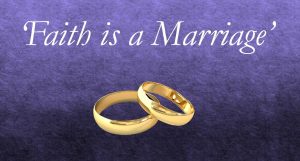 As many of you know, aside from being blessed to learn directly from Rabbi Sacks zt’l on a number of occasions, I have also been teaching a course on his thought for many years, and since his death I have also delivered many shiurim in his honour.
I mention this because today’s daf (Pesachim 87) was often quoted by Rabbi Sacks since it explores a concept in Judaism which he himself described as being ‘so beautiful, so powerful, that frankly I am overwhelmed by it’.
To understand both the daf and the concept we must turn to the prophet Hoshea who, as we are informed in our daf, was of the greatest of the prophets who desperately hoped that the Jewish people – that had abandoned God by worshipping the Canaanite god ‘Baal’ – would repair and restore their relationship with God.
Of course, there were other prophets who challenged the idolatrous practices of the people. However, what made Hoshea unique was the way in which he communicated this idea.
Specifically, as emphasised in our daf, it was Hoshea who spoke of faith as a marriage and who described the relationship between God and the Jewish people as a marriage – where God is the groom and the Jewish people is His bride. Yet even before he does so, we are told about Hoshea’s own marriage to Gomer.
As Rabbi Sacks explains, Hoshea loved Gomer deeply: ‘Gomer, however, proved faithless. She left home, had a series of lovers, was serially unfaithful, and was eventually forced to sell herself into slavery. Yet Hosea, caught between anger and tender longing, found that he could not relinquish his love for her.’ True, Hoshea was betrayed. Yet, while Gomer was unfaithful to Hoshea, Hoshea maintained his faith that Gomer would return.
And it is in this moment, as Hoshea ponders what true love really is, that God provides Hoshea with what Rabbi Sacks describes as ‘a flash of prophetic insight’ which lead Hoshea ‘to understand that his own personal experience mirrors that between God and the Israelites. [God] had rescued [the Israelites] from slavery, led them through the wilderness and brought them to their new home, the land of Israel. But the people proved faithless. They worshipped other gods…Yet… [God would not] let go. Whatever the people’s sins, [God committed to] bring them back.’
But Hoshea doesn’t end there. Instead, using what Rabbi Sacks describes as ‘a masterly pun’, Hoshea tells the people that the relationship they have forged with Baal is not just an offence to God but is also a relationship that is not good for them. This is because, ‘“Baal” …means “lord,” “owner,” and by extension “husband-as-master” in a world where men ruled over women by force and domination’, meaning that Hoshea told the people that idol-worship is about being beholden to another power, and it represents a dynamic between an all-powerful, and its powerless worshippers.
Contrasting this, Hoshea told the people that the relationship they had – and that they could still have – with God, is different: ‘You will call Me “my husband” [ishi]; You will no longer call Me, “my master” [baali]’ (Hoshea 2:18). In these words, Rabbi Sacks explains that Hoshea was telling the people that, ‘God is not Baal, He-who-rules-by-force, but Ish – the very word Adam used when he first saw Eve – [meaning] He-who-relates-in love’.
According to Rabbi Sacks, this idea of faith is a marriage is such an important concept that ‘every other religious value in Judaism flows from this metaphor’, and only through understanding this idea can we truly understand what it means to have faith and to be in a relationship with God.
Overall, and inspired by the words of Hoshea as explored and explained in today’s daf, Rabbi Sacks taught us that ‘religious knowledge is less a body of truths about the world, than a relationship in which God and mankind come together’; that Judaism not only teaches us that ‘there is only one God’ but that ‘God is personal’; that God loves us, and that – ultimately – ‘love is the basis of theology’.
Go to Top