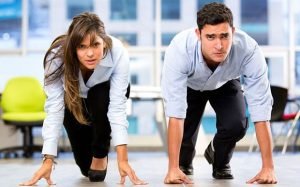 Although it may sound oxymoronic, I generally avoid generalisations – especially when contrasting women and men. Moreover, while – on a daily basis – I endeavour to find or formulate an interpretation on a segment of the daf yomi, I am acutely aware (as I am reminded by the many commentaries which I study each morning before I begin writing) that every text can be interpreted in a variety of ways – which is why I am exceeding careful to state in almost every case that I or others are ‘offering’, ‘positing’ or ‘suggesting’ *an* explanation, rather than stating what ‘the’ explanation of a given text is.
Having now made this clear, I would like to turn to the Mishna (Pesachim 8:3) and its accompanying discussion in the Gemara as found in today’s daf (Pesachim 89a):
We are told: האומר לבניו – which I, like Artscroll, translate as ‘if one says to his sons’ (although it should be noted that the Koren-Steinsaltz and the Soncino translate this as ‘one who says to his children’), הריני שוחט את הפסח על מי שיעלה מכם ראשון לירושלים – ‘I will slaughter the Korban Pesach for the first one of you to go up to Jerusalem’, then כיון שהכניס הראשון ראשו ורובו – ‘once the first one enters his head and the majority of his body [into Jerusalem], זכה בחלקו ומזכה את אחיו עמו – ‘he acquires his portion, and acquires [on behalf of] his brothers with him’ (nb. notwithstanding their translation of בניו as ‘children’, both Koren-Steinsaltz and Soncino continue to translate the Mishna by using the terms ‘he’ or ‘his’).
We are then taught a Beraita that מעשה – ‘it actually happened [that a father made such a declaration]’, וקדמו בנות לבנים, ‘and the daughters preceded the sons [in reaching Jerusalem]’, ונמצא – ‘and it turned out’, בנות זריזות – ‘that the daughters responded with alacrity’, ובנים שפלים – ‘and the sons were lazy’.
Before proceeding, I feel it is important to note there are those who contrast this story with the Yerushalmi Pesachim 1:4 which makes the incomprehendable generalization that הנשים עצילות הן, meaning ‘women are lazy’. Significantly, this statement is the basis for various halachists (eg. see Mishna Berurah OC 437 note 18) who ruled that women were not ideally reliable for performing bedikat chametz given the likelihood that they will ‘cut corners’ (nb. this should be compared with the Aruch HaShulchan OC 437:7 who writes that ‘today our women inspect even better and probe after even a particle of bread. Indeed, they wash and clean every spot and they scrutinize more carefully than do the men’). By contrasting this story with this generalized statement, it has been suggested that this Beraita was recorded here as it describes an unnatural phenomenon of women showing greater alacrity than men (see the Bikurei David on Pardes Yosef HaShalem: Bereishit 1 p. 135).
Returning back to the story, I interpret it as describing a father who challenges his sons to reach Jerusalem as quickly as possible to partake in the Korban Pesach. And what happens? The sons – who are presumed to be keen – are slow in arriving, and the daughters – who are presumed to be lazy – are quick.
To my mind this teaches us three simple lessons: a) Making generalized presumptions according to gender lines is rarely wise and often inaccurate; b) Parents should consider the spiritual and material expectations of all their children, not just some; c) A world that places greater expectations of men may come to find that women meet and exceed those expectations with greater alacrity than men.
×
×