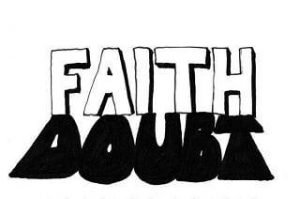 In today’s daf (Pesachim 9a), we consider the case where chametz has certainly entered a property but may possibly have been destroyed or removed. In such a situation, does the doubt surrounding the possible status and location of the chametz mean that it is now no longer certain that there is chametz in the property? And more broadly, does a ספק מוציא מידי ודאי – does doubt remove something from its definite status?

This question, and the principle which is at its core, regularly arises within halachic literature, and it is premised on the fact that in the measurable material world which is concerned with the tangible and which can be quantified in terms of physical probabilities, doubt and certainty cannot both exist. Instead, the existence of one must, in some way, undermine the other. In fact, were such considerations to be ignored, many complex practical questions simply could not be answered.

For many years I was under the impression that the idea that doubt and certainty couldn’t both exist was a truth that applied to all aspects of Judaism – both within the tangible halacha, as well as within personal emunah, and that doubt in emunah must, in some way, undermine the fundamental absolutes of faith.

But over time, and especially inspired by the great teachings of Rabbi Jonathan Sacks zt’l, I have come to appreciate the possibility that ‘faith is not certainty’. Instead, ‘it is the courage to live with uncertainty’, and that while ‘people have sought in the religious life the kind of certainty that belongs to philosophy and science…between God and man there is moral loyalty, not scientific certainty’ (The Great Partnership p. 73).

In the latest edition of ‘Tradition’, various scholars contributed to a symposium on the topic of why it is important to study Jewish Thought, and though a variety of different answers were offered to this question, a very simple yet fundamental answer to this question is that Halacha and Emunah operate differently, and while Halacha requires that we choose between doubt and certainty, Emunah permits us – and in some cases requires from us – that we hold fast to both.

Personally, I believe that just as we must think and learn about Halacha, we must also think and learn about Emunah. However, as Rabbi Yehuda Amital observed, ‘we live in an era in which educated religious circles like to emphasize the centrality of Halakha…[but] to my mind, this excessive emphasis of Halakha has exacted a high cost. The impression created is that there is nothing in Torah but that which exists in Halakha, and that in any confrontation with the new problems that arise in modern society, answers should be sought exclusively in books of Halakha. [As a result of this], many of the fundamental values of the Torah which are based on the general commandments of “you shall be holy” (Vayikra 19:2), and “you shall do what is upright and good in the eyes of God” (Devarim 6:18) which were not given formal, operative formulations, have not only lost some of their status, but they have also lost their validity in the eyes of a public that regards itself as committed to Halakha’ (Commitment and Complexity p. 48).

Ultimately, if we educate our children and ourselves that ‘there is nothing in Torah but that which exists in Halakha’, then we force ourselves and our children to choose between doubt and certainty and by doing so, we do harm to the concept of faith.

But if we understand that Emunah operates differently to Halacha, and that in the landscape of Emunah doubt and certainty live side by side, not only will we help people make peace with their faith, but more importantly, we will help them make peace with themselves.