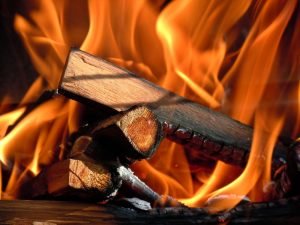 When Bnei Yisrael were first commanded in Egypt about the Korban Pesach, they were told that it should be slaughtered and consumed by each individual family. But just like today, while some people had large families, others had smaller families, and some didn’t have families at all. Given this, the Torah informs us that: “And if the household be too little for a lamb, then shall he and his neighbour next to his house take one” (Shemot 12:4) – meaning that families and individuals were permitted to join together for the Korban Pesach.
However, a Korban Pesach doesn’t come cheap! There is the animal, and the fuel for the fire etc. Given this, we are taught in today’s daf (Pesachim 90a) that those who joined with a family for the Korban Pesach would make a financial contribution so that, firstly, they would be legally considered as part of the offering, and secondly, in order to cover some of the related costs.
Still, the Rabbis were concerned that selling parts of a Korban Pesach may become an inappropriate money-making business. Given this, they limited the funds being received to those items directly related to a Korban Pesach (such as wood to roast the korban on the fire). However, this then led to a fascinating debate regarding how we define ‘items directly related’ to the Korban Pesach.
We are taught (see Shemot 12:8) that the Korban Pesach was to be accompanied by Matzah and Marror. Given this, are these to be considered as ‘items directly related’ to the Korban Pesach?
On this point, we are first told that the Chachamim felt that such items went above and beyond ‘items directly related’ to the Korban Pesach (and thus the money couldn’t be used for their purchase), while Rabbi Yehuda HaNasi asserted that since Matzah and Maror facilitate the consumption of the Korban Pesach, the money may be used to purchase them.
However, according to a different opinion in the Gemara, all agree that it is reasonable to use any monies received for the Matzah and Marror. Instead, the point of disagreement between the Chachamim and Rabbi Yehuda HaNasi is the extent to which the personal needs of the owner of the Korban Pesach can be provided for through the use of these funds.
To my mind, this discussion raises an important question about how we understand our mitzvah needs. For example, while we could claim that the only items that we need for Shabbat are candles, wine, bread and food, we would likely also agree that to enjoy a Shabbat, one needs to have a location to do so. Yet beyond the seemingly essential items for Shabbat and a location where you can rest on Shabbat, for a person to have a positive experience of Shabbat they themselves may have needs which need to be fulfilled such as a comfortable place to sit, or a blanket to keep them warm.
Overall, what we learn from today’s daf is that ‘mitzvah needs’ can be interpreted in a variety of ways, and that – at least according to some explanations – they can go so far as to include the physical needs of the person fulfilling the mitzvah.
(nb. a similar version of this thought as written by me was published today on ‘My Jewish Learning’).
Go to Top