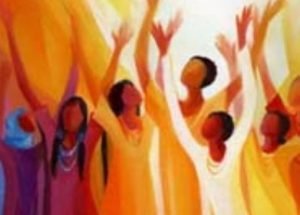 The Mishna (Pesachim 9:3), at the beginning of today’s daf (Pesachim 95), informs us about two rules regarding the recitation of Hallel on Pesach and on Pesach Sheni. Firstly, Hallel is sung during the preparation (i.e. sacrifice) of the Korban Pesach both on a ‘regular’ Pesach (14th Nissan), as well as on Pesach Sheni (14th Iyar). And secondly, it is sung during the eating of the Korban Pesach only on a ‘regular’ Pesach, but not during the eating of the Korban Pesach on Pesach Sheni.
In response, the Gemara (Pesachim 95b) begins its analysis by addressing the second rule which distinguishes between Pesach and Pesach Sheni: Simply put, why is Hallel sang during the consumption of the Korban Pesach on Pesach, but not on Pesach Sheni?
Rabbi Yochanan quotes an answer he heard from Rabbi Shimon Ben Yehotzadak who, while referencing Yeshayahu 30:29 (“this song shall be for you like the night of the festival’s consecration”), explains that the reason for this difference is because Pesach is consecrated as a festival (i.e. it is a Yom Tov as expressed by the prohibition to perform Melacha on Pesach), while Pesach Sheni is not consecrated as a festival (i.e. it is not a Yom Tov such that Melacha may be performed on Pesach Sheni). What this means is that there is something essentially different between Pesach and Pesach Sheni in terms of their respective quality of ‘sacred time’.
However, the Gemara then challenges the first rule since, if there is an essential difference in the quality of sacred time between Pesach and Pesach Sheni, why is Hallel sang during the preparation of the Korban Pesach on both days? To this, the Gemara offers two answers: Firstly, perhaps since the preparation of the Korban Pesach occurs in the daytime, the distinction drawn by Rabbi Shimon Ben Yehotzadak from Yeshayahu 30:29 (which speaks of “the night of the festival’s consecration”) does not apply – meaning that maybe, in terms of the preparation of the Korban Pesach, both Pesach and Pesach Sheni have an equivalent quality of ‘sacred time’.
But then the Gemara provides a second answer which suggests that it should be clearly obvious that Hallel should be recited whenever the Korban Pesach is prepared and slaughtered: “it is possible that the people of Israel would slaughter their Korban Pesach or take hold of their Lulavim and not recite Hallel?”. Rather than focusing on time, this second answer focusses on action, and since the Korban Pesach was prepared and slaughtered both on Pesach and on Pesach Sheni, it asserts that Hallel should be sung on both these days.
The problem with this argument is that surely it could also be used to challenge the difference between the singing of Hallel during the eating of the Korban Pesach on Pesach, and on Pesach Sheni. Why should one action warrant Hallel, and the other not? Moreover, if it is impossible to comprehend the slaughtering of the Korban Pesach or the holding of the Lulavim without them being accompanied by Hallel, why is it that there are many other mitzvot that we perform which are not accompanied by Hallel?
Furthermore, given that we are discussing the Korban Pesach, why are lulavim being mentioned here?
To answer these questions I would like to reference Rabbi Ephraim Oved’s ‘Sefer Torat Ha’agadah’ who explains that the slaughter of the Korban Pesach and the taking of the Lulav both communicate a profound message of freedom. In terms of the Korban Pesach, it is a message of freedom ‘from’ slavery, and a message of freedom expressing our loyalty ‘to’ God. And in terms of the Lulav, it is a message of freedom ‘from’ the judgement the Yamim Noraim, and a commitment ‘to’ be free to live a life of mitzvot for the coming year.
In light of this observation, Rabbi Oved then makes reference to the Gemara (Megillah 14a) which offers a number of reasons why Hallel is not recited on Purim – of which one reason is the fact that while the Purim story concluded with the Jewish people being free ‘to’ keep mitzvot, we – and especially Esther – were not free ‘from’ the manipulative rule of Achashverosh. Sadly, this is a point that is all too often forgotten about Purim and especially about Esther – and this is the primary reason why Ta’anit Esther was established as ‘International Agunah Day’ – to remind us that there are still many women today who are neither free ‘from’ their estranged husbands, nor free ‘to’ begin a new chapter in their life.
Just as song communicates emotions, so too does silence, and just as we sing Hallel to communicate feelings, we also need to pay attention to the days when Hallel is not sung and tap into those emotions as well.
And this is why we should harness Ta’anit Esther and Purim to reflect not just on the story of Purim, but also to reflect on the message of freedom, and while doing so – especially in a year where so many of us have experienced various limitations – we should commit ourselves, both in terms of time and action, to help those who are not yet free and who are therefore unable to sing a Hallel of true freedom.
×
×