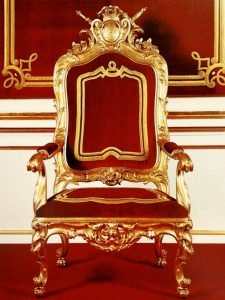 Having been taught in the Mishna (Rosh Hashanah 1:1) that the first of Nissan is the New Year for kings, the Gemara (Rosh Hashanah 2b) explains that this is deduced from Melachim I 6:1 where the reign of Shlomo HaMelech is calculated in relation to the Exodus from Egypt: ‘just as the Exodus is counted from Nissan, so too, the reign of Shlomo is counted from Nissan’. But what is the significance of a king’s reign being measured from the Exodus?
The answer, I believe, relates to what the Exodus represents. As Rabbi Sacks explains, “God, who led His people from slavery to freedom, desires the free worship of free human beings” (Radical Then, Radical Now p. 22), and as such, “the Jewish people were, from the outset, called on to live out the truth that the free God desires the free worship of free human beings, and that therefore it must construct a society whose members never take freedom for granted” (ibid. p. 109).
Unlike those kings, as powerfully personified by Pharoh, who harness their power to rule over their subjects for their personal gain, the mandate of a Jewish king is to use their influence for the dignity and freedom of their subjects and for the honour of God. And by having their reign measured from the month of the Exodus, a Jewish king is constantly reminded that they should not feel superior to their subjects, like Pharoh, and instead should stay loyal to the laws of God and the rights of their subjects (see Devarim 17:20).
Understood this way, when a king considered the length of their reign as measured from Nissan, they were forced to consider not what they had gained for themselves during their reign, but instead, what they had achieved for others; not what they had taken from their subjects, but how they had brought them closer to redemption.
Today we do not have a Jewish king. Still, the need to secure and protect freedom and redemption remains central to the mandate of our local and national leaders. Given this, perhaps we too should measure their length of leadership from Nissan, and by doing so, this may serve as a regular reminder to them to use their influence for the dignity and freedom of those whom they serve, and for the honour of God.
BLOG CATEGORIES
RECENT POSTS
TAGS
Art blog Design economy news The7 Web wordpress world
Go to Top