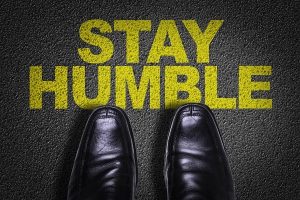 There is an interesting phrase used in today’s daf (Rosh Hashanah 3b) in relation to Daryavesh (Darius) who, as is claimed by a Beraita, is the same king that is also referred to by the (non-exclusive) titles Koresh (Cyrus) and Artachshasta.

In terms of the background of this statement, the Gemara is confused by the fact that while his reign during the time of the construction of the Second Temple is measured from Nissan (which was generally done for Jewish kings – see Rosh Hashanah 3a), we then find that his reign, around the time of Ezra’s return to Israel, is not measured from Nissan (implying that he was not regarded as being a Jewish king). But if, as claimed by the Beraita, this is the same king, then why is he considered so differently during these two periods of his reign?

While a range of answers could be offered to this question which might relate to the identity of Daryavesh, Rav Yitzchak uses an interesting phrase which speaks about his character and personality: כאן קודם שהחמיץ – meaning that the first period refers to a time ‘prior to when he soured’ (nb. the actual word החמיץ conveys an idea of becoming inflated, just like חמץ – chametz inflates, and is understood by our commentaries to refer to hubris, self-importance and arrogance), while כאן לאחר שהחמיץ – the second period refers to a time ‘after he soured’.

Though the Gemara subsequently debates the virtues of this analysis with respect to Daryavesh himself, there is nevertheless a truism which is revealed here by Rav Yitzchak – that leaders often begin with a grand vision to benefit those they serve, a profound sense of responsibility for the office they now hold, and a deep feeling of humility that they are the one who has been chosen to fulfil this role. Yet – though it is not the case with all leaders, but certainly with many of them – after a while these same leaders ‘sour’ and get caught in the net of hubris, self-importance and arrogance. True, their name may be the same now as it was when they took the mantle of leadership. Yet in so many ways, they are now a completely different leader.

But if this is the rule rather than the exception, is there any way to avoid this? The answer, I believe, is revealed by those leaders who have kept their feet on the ground. And how? By surrounding themselves with people who helped them do so – friends, family and confidants who are unafraid to criticize them, who know their weaknesses no less than their strengths, and who remind them of who they were when they took the mantle of leadership – and of those feelings of responsibility and humility that they first felt when taking office which must continue to stay with them even with a prolonged term of service.

Ultimately, while power may corrupt, the friends, family and confidants of those in power can help avoid those in power becoming corrupted, and by doing so, they will help avoid the situations where a leader evolves so significantly in office that while their name may be the same now as it was when they took the mantle of leadership, they become a completely different, and soured, leader of the people.
BLOG CATEGORIES
RECENT POSTS
TAGS
Art blog Design economy news The7 Web wordpress world
Go to Top