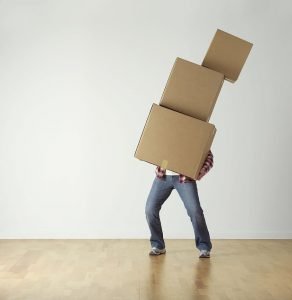 Today’s daf (Rosh Hashanah 4b) contains a rabbinic aphorism that I regularly invoke which, though mentioned in our daf as part of a highly specific discussion about delayed sacrifices, has applications to every aspect of our life and our overall philosophy of life itself.

In terms of the Gemara’s discussion, the question is raised by Rabbi Oshiya about what should be done if someone fails to offer their chagigah sacrifice on Shavuot? He answers by explaining that such a person has up to seven days (from the day of Shavuot onwards) during which they can bring their chagigah sacrifice – as derived from the fact that Pesach lasts seven days, and as deduced from the fact that the Torah mentions all of the Shalosh Regalim together in one verse (see Devarim 16:16).

However, the Gemara then asks why we don’t assert that someone who fails to bring a sacrifice should have an eight (like Sukkot), rather than a seven (like Pesach) day grace as Sukkot lasts eight days (nb. though Shemini Atzeret is often considered as a separate festival, the Gemara explains that it is considered to be part of sukkot in terms of the law of sacrifices)?

In response to this question, the Gemara responds with its aphorism of תפשת מרובה לא תפשת – ‘if you grab too much, you haven’t grabbed a thing’, whereas תפשת מועט תפשט – ‘if you grab a little, you have grabbed something’ – meaning that sometimes, when we give ourselves too much time to get things done, it doesn’t get done. Consequently, the Gemara concludes that someone has up to seven – not eight – days during which they can bring their chagigah sacrifice.

Today, many of us often try to ‘grab too much’ – not only in terms of the time that we give ourselves to achieve our goals, but in terms of our goals themselves, and we only later come to realise that we ‘haven’t grabbed a thing’. Oftentimes our daily list of ‘things to do’ goes far beyond what can be achieved in one day and, as a result, we actually achieve very little, and this same message was brought home to me just a few days ago when I asked a student learning in a Beit Midrash what their learning goals were – to which they responded ‘everything’ – and to which I replied with words תפשת מרובה לא תפשת, ‘if you grab too much, you haven’t grabbed a thing’, afterwhich I then spent time with them discussing what their goals are and how best to reach them.

Personally, I’ve also – more than occasionally – fallen into the trap of תפשת מרובה לא תפשת. In response, I’ve recently been working through Greg McKeown’s book ‘Essentialism: The Disciplined Pursuit of Less’ who explains that, ‘only once you give yourself permission to stop trying to do it all, to stop saying yes to everyone, can you make your highest contribution towards the things that really matter’ which is, in a nutshell, the message of the second half of the aphorism – namely תפשת מועט תפשט – ‘if you grab a little, you have grabbed something’.