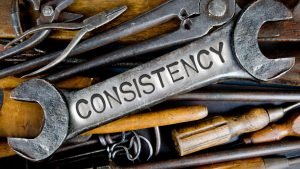 Many years ago I read a unique book which unfortunately has few parallels before or since. Titled ‘One People, Two Worlds: A Reform Rabbi and an Orthodox Rabbi Explore the Issues that Divide Them’, this book reflects ‘an unprecedented eighteen-month e-mail correspondence on the fundamental principles of Jewish faith and practice’ between Rabbi Ammiel Hirsch (Reform) and Rabbi Yosef Reinman (Orthodox).

Aside from the many enlightening insights found in ‘One People, Two Worlds’, it should be noted that the very idea that two people with very different religious and theological perspectives would invest time and effort to engage with and attempt to understand the other with whom they fundamentally differ is something that should be lauded and, in my humble opinion, is something that more religious teachers and leaders should do today.

However, the reason I mention this is because when I was studying today’s daf (Rosh Hashanah 7a), I was reminded of an enlightening remark of Rabbi Reinman in ‘One People, Two Worlds’ about the nature of Gemara study which I would like to share.

The Gemara then challenges this thesis and argues that perhaps Devarim 16:1 refers to Iyar since grains are ripe by this point. To this, the Gemara responds that אביב indicates that this is the time when the first produce ripens – which is not the case for Iyar.

The Gemara then again challenges the claim that Nissan is the first of the months and asks why Adar is not to be considered as אביב since some crops begin to ripen then? To this the Gemara answers that for a month to be labelled as אביב, the majority of produce needs to be ripe – which is not the case with Adar.

The Gemara then rejects this claim of ‘the majority of produce need to be ripe’, and this then forces Rav Chisda to offer Vayikra 23:39 (‘on the fifteenth day of the seventh month when you gather in the crop of the land’) – which speaks about Sukkot – as an alternative verse to prove that Nissan is the first of the months (since Tishrei is seven months after Nissan).

However, here too the Gemara then questions this conclusion, arguing that perhaps Vayikra 23:39 refers to Cheshvan and therefore, seven months earlier is Iyar, not Nissan. The Gemara then has a further back-and-forth, leading to the proposition that perhaps Vayikra 23:39 refers to Ellul and that since seven months earlier is Adar, perhaps the first of the months is, in fact, Adar.

In light of this, Ravina proposes a further verse from Zechariah 1:7 which informs us that Shevat is the eleventh month. Given this, it is seems clear that Nissan is the first of the months. Moreover, following this presentation, four further biblical sources (Esther 2:16, Zechariah 7:1, Esther 8:9, Esther 3:7) are presented by other Talmudic Sages to absolutely prove the point that ‘the first of Nissan is the New year for [the counting of months]’.

Having learnt all this I asked myself a very simple question – ‘Why?’. Why does the Gemara make finding a prooftext for a fact that already seems to be known by questioning practices that already seem to be concretized in the Jewish calendar such hard work? And it was at this point that I was reminded of the words of Rabbi Yosef Reinman (‘One People, Two Worlds’ p. 208) where he said as follows:

‘The key feature of talmudic scholarship – as those even casually familiar with it will attest – is not analysis, not originality, not creativity, but consistency. The quest for consistency is the overriding imperative of the Talmud itself and of all the rabbinic commentaries that develop its concepts. This quest mandates that all superficial inconsistencies must be resolved and thereby gives rise to the great surge of analysis, logic, original thought, and sheer genius that characterize Talmudic scholarship. In every sugya (talmudic discussion) – and there are thousands – the Sages pounce on every law, rule, or statement and challenge it. Is it consistent with the Written Law? Is it consistent with the Oral Law – with all sixty-three tractates of the six Orders of the Mishna, with all the beraitot, with all the Gemara?…No opinion is valid unless it is consistent with every area of talmudic law, no matter how remotely related. This is what makes talmudic scholarship so vital and exciting. Everything has to fit!’

Sometimes when studying Gemara we come across profound theological statements or startling halachic conclusions. However, in between these and those are often what can be – on first glance – maddeningly frustrating discussions where ‘the Sages pounce on every law, rule, or statement and challenge it’ and where they ask ‘Is it consistent with the Written Law?’ and ‘Is it consistent with the Oral Law?’. Yet when we study these texts again and again, we find that this very rigour is – ultimately – ‘the quest for consistency’ because ‘no opinion is valid unless it is consistent with every area of talmudic law, no matter how remotely related’.

Admittedly, when I was younger I found some of these discussions confusing and frustrating. But then I came to realise that when we talk about ‘proof’ in the Gemara, we often already know the answer and what we are really trying to prove is that the answer we already think we know is consistent with the rest of the Torah we have, and that – ultimately – ‘the key feature of talmudic scholarship…is not analysis, not originality, not creativity, but consistency.’