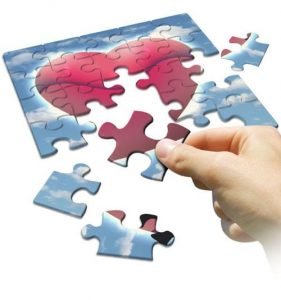 The Mishna (Shabbat 13:3) in today’s daf (Shabbat 105b) discusses the forbidden melacha of weaving, and in doing so it teaches us that someone who tears a garment in anger or someone who tears their clothes in response to the death of a close relative are פטור – exempt (nb. throughout the laws of Shabbat, the word פטור means that no biblical transgression has been performed, however this still remains a rabbinically forbidden act). This is based on the rule that each of the forbidden melachot are inherently creative acts, and as such, any purely destructive act (eg. tearing) that is performed with no intended creative purpose (eg. to weave a new garment) is not regarded as a transgression of the biblical melacha.

However, it soon becomes clear in the Gemara that these halachot are actually a matter of debate, and though the Mishna presents the halacha in accordance with Rabbi Shimon, Rabbi Yehuda disagrees and regards the tearing of clothes by someone who is angry or by someone who is mourning a relative to be a therapeutic, and therefore, a constructive act. Interestingly, the halacha follows Rabbi Yehuda (see Rambam Shabbat 10:10, Shulchan Aruch Yoreh Deah 340:28) which itself tells us that Jewish law has a high regard for therapeutic treatments – to the extent that the inner feeling of release and relief expressed by a person performing a destructive act at a time of anger or loss is comparable to a physical act of construction.

Of course, there are times in life when people destroy things in order to rebuild them – such as when builders break a wall in order to fix it. However, there are other times when all we can see in the actions and choices of others are destructive acts, yet what we must never forget is that none of us can see deep inside a person, and that often, these destructive actions are raw expressions providing release and relief to a person who is at the beginning of their long journey of inner emotional reconstruction.

Unfortunately, far too often we judge a person merely by what we can see of them, and consequently, there is a temptation to hinder or redirect a person from doing what they feel they need to do during a time of anger or loss. But as mentioned, Jewish law has a high regard for therapeutic treatments, and this is why Rabbi Shimon Ben Elazar teaches: ‘Do not appease your friend in the time of their anger, and do not console them when their dead is lying before them’ (Avot 4:18) – meaning that when a friend is in a state of inner emotional turmoil, our task is to be there with them – not just physically, but emotionally too. It is not to presume to know how they are feeling, but instead, to let them know that however they are feeling, and whatever they need to do as part of their journey of inner emotional reconstruction, we are there for them.