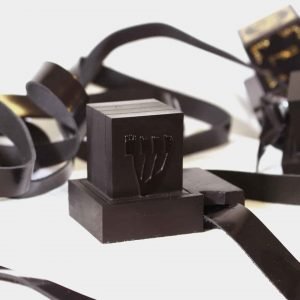 When reading the first few lines of the Mishna (Shabbat 15:1) in today’s daf (Shabbat 111b), I was reminded of an incident that took place 20 years ago which shocked me and moved me all at once – but to explain, I must first review some basic principles that emerge from our daf.

Chapter 15 of Mishna Shabbat addresses the two prohibited Shabbat melachot of הקושר (tying a knot) and המתיר (untying a knot), and in Shabbat 111b we are taught that the type of knot prohibited on Shabbat is a קשר של קיימא – a permanent knot.

Having explained all this let me take you back 20 years when I was a Form Tutor/Homeroom Teacher to a class of 12-13 year old boys in a Jewish Secondary school in London. In that school, students aged 12-13 would pray each morning in their classrooms, and since the boys were celebrating their barmitzvah’s that year, this meant that I was able to assist each of them with their new tefillin and help lead them in prayer.

The students were wonderful, and among those in the class was a brilliant young man with a minor disability who we shall call ‘Max’ (not his real name). Max had recently celebrated his barmitzvah and he was now the proud owner of a beautiful pair of tefillin. However, his tefillin were very large compared to the size of his small body, and the sharp corners of his tefillin boxes, along with the rough leather of his new straps, made putting on tefillin a painful process which on occasion brought him to tears.

Naturally I assisted where possible, but it was clear that – at least for the time being – these tefillin were not suitable for him. At the same time, my tefillin were much smaller, and due to daily usage over many years, the leather on my straps were soft. Given this, we – along with some consultation with his parents – agreed that each morning I would lend Max my tefillin and that, over time as his body grew, he would be able to wear his own tefillin. However, since my head size differed significantly from that of Max, what I needed to do each morning was untie and retie the knot of the head tefillin to fit Max.

I had recently purchased a second hand copy of a small but wonderful sefer called ‘Piskei Teshuva’ which contains citations from the responsa of various poskim, and in the first few pages is a quote from the responsa of the Avnei Nezer (R’ Avrohom Bornsztain, 1838-1910) stating: ‘tefillin must be tied with a קשר של קיימא (a permanent knot) which is defined in accordance with the knots that may not be tied on Shabbat…and those who wear the tefillin of others and who change the size of the knot according to the size of their head are incorrect, because by changing the knot to fit the head, this means that the intial knot was not a קשר של קיימא and they have thereby not fulfilled their duty – and it is a mitzvah to make known this fact!’ (Avnei Nezer OC 1:183).

Having read this I was in shock because according to the logic of the Avnei Nezer, what I had done for Max had detracted from both his and my observance of the mitzvah of tefillin!

As soon as possible I went to consult with my Rabbi, Dayan Gershon Lopian zt’’l who, after some careful study, deduced that this particular position of the Avnei Nezer is not supported by other classic halachic sources and can therefore be ignored. Naturally, having heard his conclusion I was incredibly relieved, and since then I have also found a number of other authorities who have also reached the same conclusion.

There are clearly many lessons that can be drawn from this incident, but for me, perhaps the greatest lesson is that while there are certain aspects of life where the concept of קיימא – ‘permanent’ is measured by length of time, there are other aspects of life where even momentary decisions or short-term actions can have a permanent impact on a life.