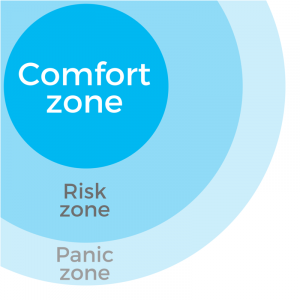 Today’s daf (Shabbat 116a) makes reference to ‘The House of Avidan’ which was a location where scholars of various nations and faiths met to conduct philosophical discussions and debates.

It is noteworthy that the debates at ‘The House of Avidan’ are also mentioned elsewhere in the Gemara (see Shabbat 152a & Avodah Zara 17b), and based on these sources it is clear that ‘The House of Avidan’ was a state-sponsored institution which, at least during certain periods, Jewish scholars were expected to attend or at least offer a good excuse for not doing so.

While it is possible that some Jewish scholars were suspicious of the type of content that was debated in ‘The House of Avidan’, it seems that most were more simply worried about the consequences of their participation in these philosophical debates, such that whether they won or lost, they may have been harmed. However, precisely due to the fact that ‘The House of Avidan’ was a state-sponsored institution, none of these scholars felt able to directly communicate their fears to the authorities which is why Rava (here in Shabbat 116a), as well as R’ Elazar ben Perata (see Avodah Zara 17b) and R’ Yehoshua ben Hanania (see Shabbat 152a), conjured up a variety of excuses why they couldn’t do so. Given all this, I would like to make two points which I believe have relevant application to our day and age: