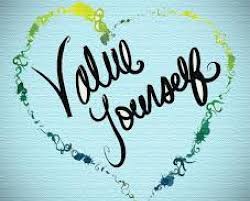 The Mishna (Shabbat 16:3) found in today’s daf (Shabbat 120a) informs us that if a fire is consuming a home on Shabbat, the homeowner can tell others to retrieve food ‘for themselves’. However, it then adds that if those who assist are savvy, they will arrange getting paid for their help after Shabbat.

As the Gemara proceeds to explain, if a person saves food from a fire on Shabbat that would otherwise have been burnt without their intervention, then the food that they retrieve has been saved from a halachic state of ‘ownerlessness’ and is therefore technically theirs. However, while this is the law, it seems that the person being described in this case decided that they would give the food that they retrieved back to the homeowner.

Initially, Rav Hisda presumes that such an individual must be a חסיד (a uniquely pious person). However, as Rava points out, if this were to be the case, then they would have probably have also chosen to forego any payment for assisting the homeowner.

Rava therefore explains that the person being described in the Mishna is a ירא שמים (someone with fear of heaven) who is sufficiently halachically savvy to know that it is halachically acceptable to receive payment for their assistance during Shabbat; who does not feel comfortable benefitting from others; but who is also not comfortable when asked to exert themselves by others (and ultimately for others) without compensation.

Of course, it is the choice of every person whether, in situations such as this, they act as a חסיד, or as a ירא שמים, or simply as someone who chooses to keep what they retrieve. However, something that I encounter on a fairly regular basis as a Rabbi and Jewish educator is how people will often have an very clear expectation that I or others in similar fields will act as a חסיד – even when they themselves might even think twice to act as a ירא שמים (i.e. they will often presume that I or others will gladly make considerable efforts for others without compensation, while they would be more than vexed if someone else made the same presumption about them).

Naturally, in many ways such a presumption is itself a compliment that others think of me and of colleagues as חסידים. However, as mentioned, the decision to be a חסיד, ירא שמים or any other comparable category surely should be the decision of the person themselves.

Returning to Rava’s explanation, what we learn from here is that to be a ירא שמים does not mean that your time or your efforts should be taken for granted. Instead, what it means is that while you respect and value others, you also respect and value yourself as well.