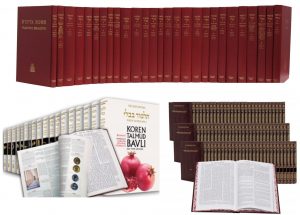 For many years I have worked in the field of curriculum development, and around 12 years ago I was invited to suggest learning topics and reading references for a soon-to-be-launched MA in Jewish Education study programme that was to be run by the London School of Jewish Studies (LSJS).
Having already taught Judaic Studies for over a decade in Jewish elementary, middle and high schools in the UK, and having participated in various international conferences for Jewish educators it was quite clear to me that certain aspects of Jewish Education were well understood, while others still required considerable attention. Given this, included in my list of essential reading material for the MA was an essay by Rabbi Jack Bieler that was first published in 2005 Orthodox Forum book titled ‘Formulating Responses in an Egalitarian Age’ (which can be downloaded from https://bit.ly/3is6Iwl) that raises important questions about how Jewish texts and Judaic Studies teachers speak about non-Jews. As Rabbi Bieler explains:
‘Even without availing oneself of Biblical commentaries or Talmudic discussion, an unembellished review of recorded events and laws in the books of the Bible that involve non-Jews readily creates the impression that non-Jews are hostile, pose threats to Jewish continuity, and must be placed under Jewish subjugation in order to alleviate the threats that they pose. While there are sources and traditions within mainstream Jewish thought which could be used to balance, if not refute, the negative impressions associated with non-Jews left by this type of cumulative reading of traditional material, to what extent are these counter sources well-known, particularly to those who are not truly conversant with the materials of Jewish tradition? In an educational context like that of a day school, such sources would obviously have to be self-consciously inserted into curricular studies in order to assure some sort of balance in terms of how to relate to non-Jews and non-Jewish society in a fair, even-handed manner. It is safe to say that for the most part, they are currently not part of the standard day school curriculum. Should they be?’
Simply put, what Rabbi Bieler highlights is the implied negativity towards some non-Jews in parts of the Bible and certainly in parts of the Talmud, and while he acknowledges the firm Jewish tradition of preservation through separation, he raises the question of the price that is paid when such texts are not addressed or wrestled with directly. As he points out while referrencing a particularly jarring example found in Sukkah 30a, ‘whether an instructor draws attention to this issue, and the extent to which they decide to explore its parameters becomes a litmus test for how non-Jews are presented in a Judaic studies class context’.
I mention all this because in today’s daf (Shabbat 121a), reference is made to the assistance given by a non-Jew to extinguish a fire that is spreading in the home of a Jew on Shabbat, and while an assumption is made that Jews perform actions to assist others, an explicit assumption is made about non-Jews that נכרי לדעתיה דנפשיה עביד. However, precisely how this is translated and how this is interpreted not only has a bearing on an understanding of the law, but also, has an impact on the learners perceived understanding of non-Jews.
1. According to the Soncino translation, the meaning of this phrase is that ‘a Gentile acts at his own desire’ which is explained in the notes to mean that ‘though he knows that the Jew too desires it, be may nevertheless act on his own accord’.
2. Similarly, Koren-Steinslatz translates this phrase to mean that ‘the gentile is acting of his own volition’ which they explain further in their notes, quoting Ritva, that ‘since a gentile is an independent and intelligent person, even if his intention is to benefit a Jew, he is considered to be acting independently’.
3. However, primarily basing themelves on Rashi’s explanation, Artscroll translates this phrase to mean that ‘a gentile [always] acts in his own self-interest’, which they explain while paraphrasing Rashi to mean, ‘even if he is aware that his deed benefits the Jew, he acts with his own interest in mind, because he knows that the Jew will reward him’.
As should be clear, there is a significant difference between the Soncino and Steinstalz translation and that of Artscroll. In terms of the former, they emphasise the autonomy of the non-Jew, while in terms of the latter, it emphasises the self-interest of the non-Jew, and I would certainly hope that those who have studied or taught this Gemara according to Rashi or along with the Artscroll translation drew attention to this issue. At the same time, I would also hope that those who studied or taught this Gemara according to Soncino or Steinsaltz’s explanation did the same.
However, the problem for me is that each edition only presents one view and ignores the reality of the other, and whether we like it or not, Rashi’s commentary, penned in 11th century France, probably does present a view that was felt by many Talmudic scholars as well as by himself, while Ritva’s commentary, penned in 13th century Spain, presents a very different reading of the Gemara that was likely to have been his view as well.
And this is why, while I may be much more comfortable with the reading of this text as found in Soncino and Steinsaltz, I believe that for an authentic understanding of this Gemara, both explanations need to be presented and wrestled with in the context of understanding Jewish-Gentile relations during the Talmudic period and also during the periods of each of the respective commentators cited. And until we get to that point, there will sadly be those who deduce offensive conclusions from the Talmud, and there will also be those who will never properly understand the intended meaning of many of our rabbinic teachings because they will have failed to appreciate the social context in which much of our rabbinic literature developed.
×
×