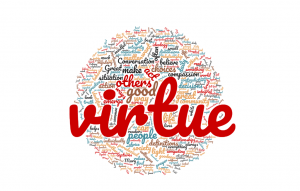 Today’s daf (Shabbat 127b) contains three stories relating to the virtue of הדן את חבירו לכף זכות – judging your friend favourably, and while each are fascinating, I would like to focus on the first story.
We are told of man from the upper Galilee who travelled to the south of Israel to work for, and to live with, a businessman for a period of three years. At the end of his term of employment, which fell on Erev Yom Kippur, the worker requested his wage so that he could go back home and provide for his wife and children. However, the businessman responded by saying that he had no money.
The worker then asked his boss whether he could be paid with alternative forms of payment such as produce, land, livestock, or furnishings. However, each suggestion was rejected by the businessman with the words אין לי – “I have none”. Unable to get any money, the worker slung his belongings on his back and returned home with a profound sense of disappointment and a deep feeling of despair.
Two weeks later, after the conclusion of Sukkot, the businessman arrived at the home of his former employee in the upper Galilee with the money that he owned him as well as with some further gifts of food, drink and delicacies. They ate, drank, and the businessman paid the money he owed. Then, he turned to his former employee and asked him: “when you asked me to give you your wage, and when I responded by saying that I have no money, what did you suspect me of?”.
To this, the former employee answered, “I said to myself that perhaps you used the money for particularly good value merchandise [and thus I didn’t blame you for not having the money at the time]”. This flow of conversation continued for some time, with the businessman asking whether his former employee suspected any untoward behaviour when he was given the answer אין לי – “I have none” – upon his request to be paid with produce or with land or with livestock or with furnishings, and on each occasion, the former employee explained how he had judged his boss favourably.
At the end of the conversation, the businessman confirmed that each favourable justification why he had not acceeded to the request for payment was true, and as they parted, he blessed his former worker that ‘just as you have judged me fabourably, may God judge you favourably too’.
Clearly this is a lovely story affirming the the virtue of הדן את חבירו לכף זכות – judging your friend favourably. But let us not forget that while the worker judged his boss favourably, he didn’t feel so happy while doing so.
Having worked for three years he didn’t have any money to bring home to his wife and children, and his feelings of disappointment and despair were likely to have been even more sharply felt on Erev Yom Kippur. Moreover, while everyone else in the upper Galilee were preparing for and celebrating Sukkot, this poor worker was broke and unable to be able to purchase nice food for the festival.
And why is this important to point out? Because while performing virtuous acts such as judging your friend favourably is something we are encouraged to do, virtues themselves don’t pay bills, they don’t provide food on Erev Yom Kippur or for festivals, and they don’t necessarily remove feelings of profound disappointment or despair.
Of course, they may be those who read this story and think that ‘at least it all worked out in the end’. However, this isn’t how I read the story, and while situations arise that can be confusing in response to which we may choose to judge others favourably, those whom we judge favourably also have a responsibility to do all they can to alleviate anguish, distress, and confusion. Yet when the employee discussed his wages or other alternative payments with his boss, he was not given any clarity, or an explanation, or even any hope that he would be paid at any time in the future.
What we learn from here is while Talmudic stories teach us virtues, some characters in Talmudic stories are more virtuous than others; and while we may appreciate it when others act virtuously, we should not expect others to pay a financial, emotional or psychological cost for the virtues they show towards us.
×
×